Michelle Williams has come a long way from "Dawson's Creek" -- and is literally transforming into one of the most iconic movie stars of all time, Marilyn Monroe, for her next project. 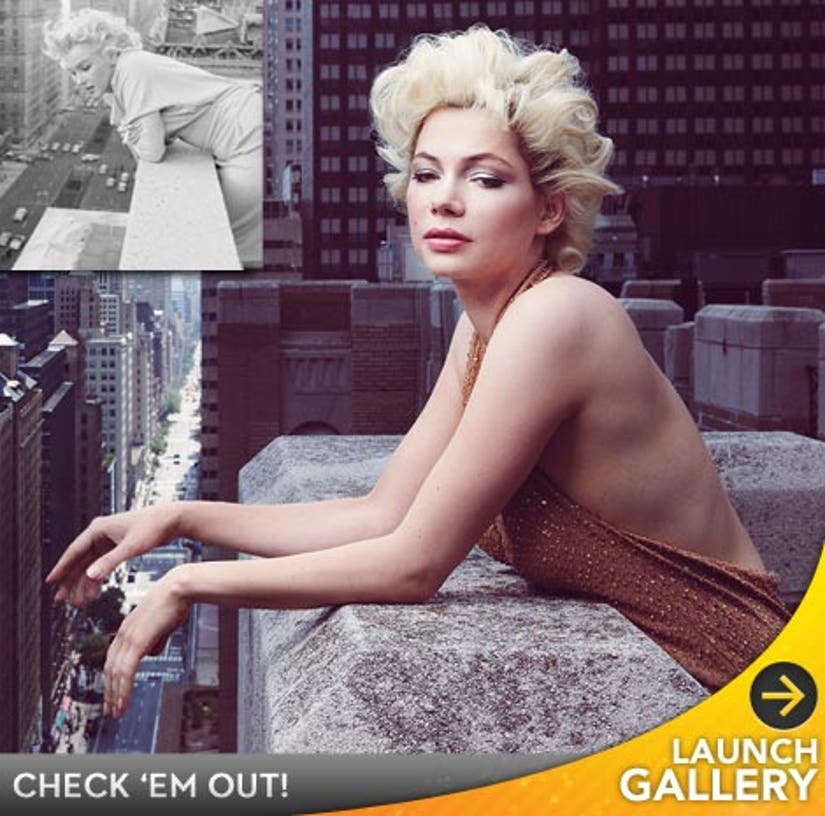 The 31-year-old actress graces the cover of Vogue for its October issue, in character as the blonde bombshell -- who she plays in the upcoming "My Week with Marilyn."

“As soon as I finished the script, I knew that I wanted to do it," says Williams. "Then I spent six months trying to talk myself out of it.” She eventually gave in though, telling the mag "I always knew that I never really had a choice. I've started to believe that you get the piece of material that you were ready for.”

Michelle says she tried gaining weight to prepare for the role, but "Unfortunately, it went right to my face.”

She continues, “So at some point it became a question of, Do I want my face to look like Marilyn Monroe's or my hips?” According to Vogue, she got foam padding for the latter.

The transformation is pretty incredible -- and definitely has us interested in the flick, which opens November 2.

For more from the interview, check out Vogue.com.