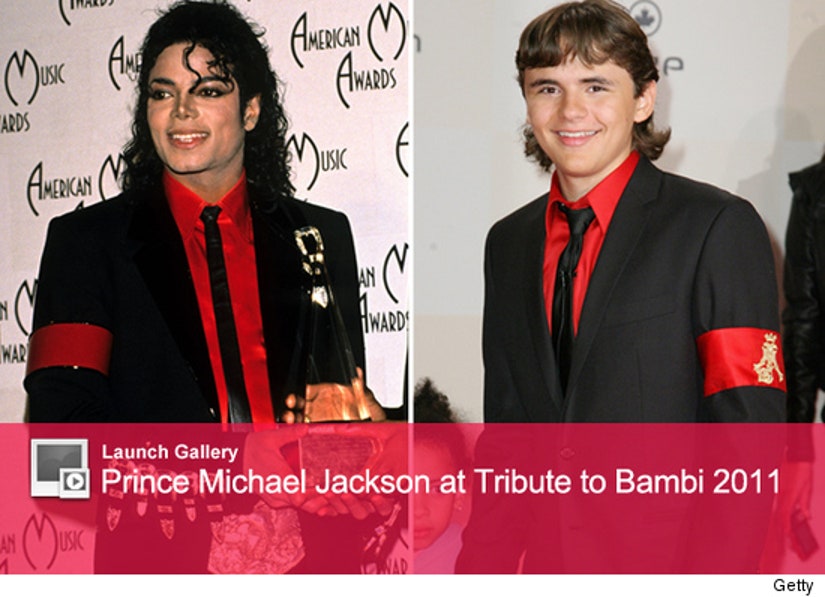 Prince Michael Jackson, 14, took the spotlight today in Germany -- where he paid tribute to his late father by attending a charity event in an outfit inspired by Michael himself.

Prince was photographed at a red carpet for the Tribute to Bambi foundation, where the handwritten composition of Michael Jackson's hit "Bad" will be auctioned off for charity.

The outfit Prince Michael was wearing today may look familiar -- Michael wore a similar black and red combo to the American Music Awards back in 1989, right down to the matching armband.

Michael was a supporter of Tribute to Bambi before his death in 2009. The foundation provides aid for disadvantaged children.

Those wishing to bid on "Bad" can do so online at United Charity's website between now and November 10.