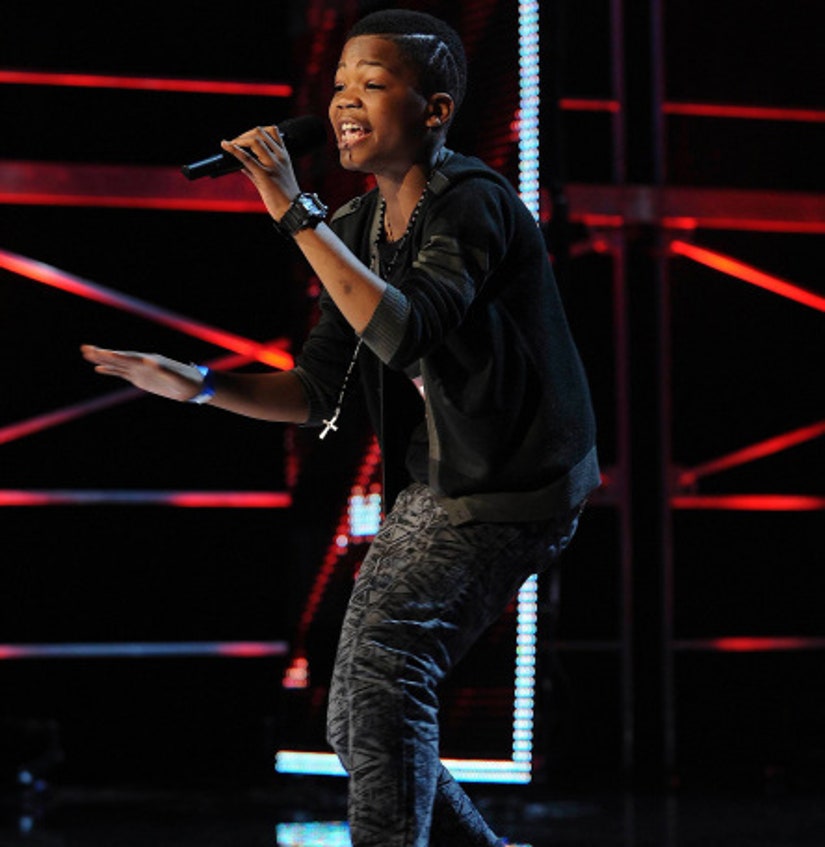 The audition round of "The X Factor" came to an end last night on FOX -- and there were some surprising standouts from Thursday's episode.

It was definitely the night of the youngsters, as kids from age 12-18 all made it through after a few impressive auditions.

The show kicked off with 14-year-old Brian Bradley, who made the bold claim "If you give me 5 more years, I'll be bigger than Jay-Z."

He was, as Simon Cowell put it, "arrogant, obnoxious and argumentative," but there's no denying his hilarious original song "Stop Lookin' At My Mom" wasn't entertaining. Simon dubbed him "one of the most talented young people i've heard in a long time" -- and he was sent to the Boot Camp round with 4 approvals.

Brian wasn't the only under-18-year-old who stood out though. While 16-year-old Jazzlyn Little seemed timid at first, once she started singing she was a whole different person -- killing her rendition of "I'm Going Down."

L.A. Reid said she had a "Superstar name with a superstar voice," with Simon chiming in "You're the one to watch." And with 4 yesses, she was off to Boot Camp too.

Thankfully it wasn't all kids -- and 21-year-old Tora Woloshin really stood out with the Jackson 5's "I Want You Back," a risky song choice if there ever was one.

She nailed it, getting a standing ovation and genuinely looking like she was having a great time on stage. Simon told her "I absolutely love you Tora," before getting 4 yesses.

Next week Boot Camp starts, where the contestants will eventually be whittled down to 32 and diviged into 4 categories: Boys, Girls, Over 30 and Groups. A judge will be assigned to each group and battle it out until there's just one person or group left.

Who are you pulling for? Sound off below!