T.I. made his first post-prison stage appearance last night ... in the strangest of places.

The rapper, who was freed from a halfway house last week after 10 months in federal prison for a probation violation after he was arrested in L.A. last year for drug charges, popped up during a Taylor Swift concert in Atlanta Sunday night.

Taylor started singing "Live Your Life," which T.I. originally recorded with Rihanna -- and when he appeared on stage, the crowd went absolutely crazy!

After the show, Swift tweeted "Singing 'Live Your Life' with TI tonight was unreal. LOUDEST screams from the crowd, 14,000 people, hands in the air- welcome back @Tip!!"

Swift has a history of superstars joining her on stage: Justin Bieber, Ellen DeGeneres and Nicki Minaj have all previously done it too. 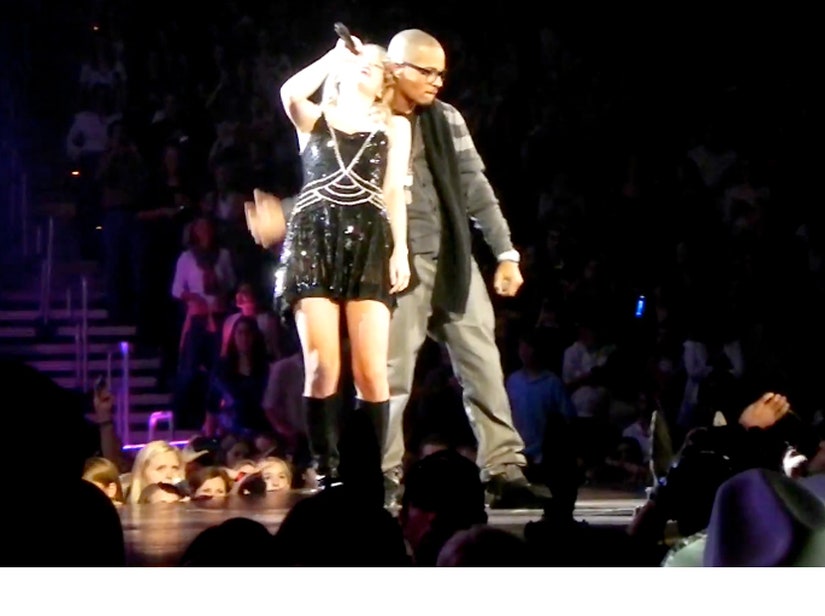 It was a wild moment -- check it out above!