Kate Winslet and Gwen Stefani helped launch chef Giorgio Locatelli's new book, Made in Sicily, at the Locanda Locatelli restaurant in London this evening. Gwen, who celebrated a relatively low-key 42nd birthday yesterday, rocked a high-volume blowout as she and Kate posed for pictures with Giorgio and his wife. Kate was equally glammed up in a black minidress and jacket for the evening. The recent Emmy-winning actress made her way back to England following two appearances in Shanghai last week. Kate is a Longines "ambassador of elegance," and was in China to promote the watch company's wares. She's also in the midst of promoting Contagion, which is rolling out to international theaters. Kate is on the cover of Harper's Bazaar UK's November issue and spoke candidly about her divorce from Sam Mendes in the pages of the magazine, saying she refuses to speak negatively about him and that the breakup has been "equally hard" on them both. 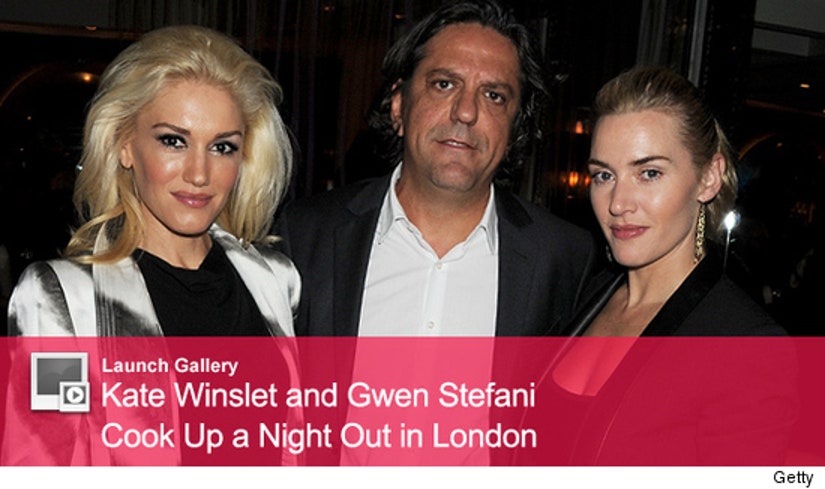