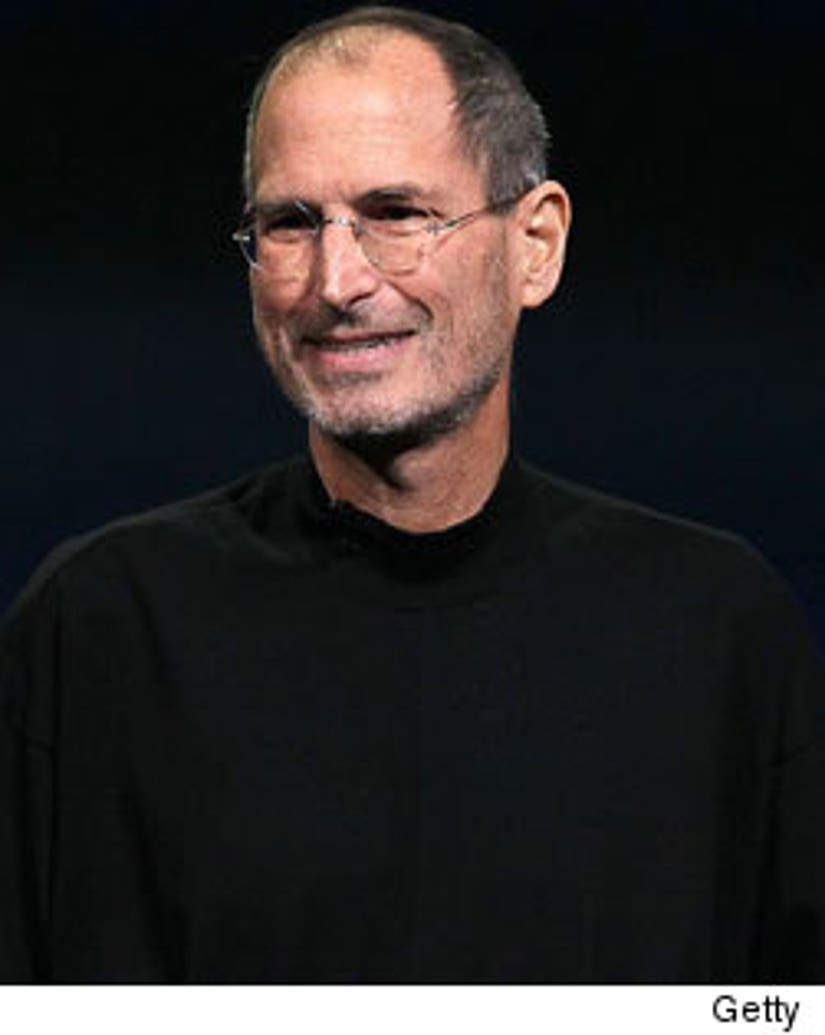 Hollywood took to Twitter Wednesday to mourn the loss of Apple founder Steve Jobs, who succumbed to pancreatic cancer at age 56.

His reach extended from Silicon Valley to Hollywood; products like iTunes, iMovie and Quicktime changed the way music, movies and television are created distributed. Read some of the tributes below:

@AlbertBrooks Albert Brooks
Had the pleasure of working for him and knowing him. He was our Edison. R.I.P. Steve Jobs.

@TheEllenShow Ellen DeGeneres
I just finished my show and I heard the news about Steve Jobs. He was an amazing man with an incredible vision. He changed the world.

@ActuallyNPH Neil Patrick Harris
Rest in peace, Steve Jobs. Your genius will live on for generations to come...

@guyoseary Guy Oseary
Unfortunately I never got the chance to meet Steve Jobs in person.. Thank you Steve for challenging us all to "think different"...

@DamienFahey Damien Fahey
I imagine Steve Jobs standing outside the pearly gates and St. Peter pulling out an iPad to see if his name is on 'the list'. RIP Steve Jobs

@mark_mcgrath mark mcgrath
Steve Jobs made the Internet make sense to me, he was truly one of the great minds in history...rest in peace

@brookeburke Brooke Burke-Charvet
So sad! My thoughts go out to his family RT @ModernMom: #Apple announces the death of Steve Jobs bit.ly/q2t2uV

@DamonLindelof Damon Lindelof
Steve Jobs. On behalf of every dreamer sitting in his or her garage who is crazy enough to try to change the world, you will be missed.

@alyankovic Al Yankovic
RIP Steve Jobs. Thanks for improving life as we know it.@

@PSchwarzenegger Patrick Shriver: “RIP steve jobs. One of smartest guys I ever seen. That's too crazy.”

@Fred_Willard Fred Willard: “So sad about the great Steve Jobs. Our genius has left us.”

@Rickafox Rick Fox: “Thank you for changing our world.”

@JeriLRyan Jeri Ryan: “RIP Steve Jobs. And thanks. You were a true visionary.”

@NancyGraceHLN Nancy Grace: “About to go to air & discovered news about Steve Jobs - My heart goes out to his family tonight. #RIP Steve Jobs.”

@mindykaling Mindy Kaling: “Hard not to think how much Steve Jobs could've done with more years. So sad. You're the best, Steve.”

@joshgroban Josh Groban: “Such a sad day, I can trace my apple memories to the IIC when i was a kid. RIP.”

@Alyssa_Milano Alyssa Milano: “Rest in peace, Steve Jobs. You were always a big part of my world with your special inventions. Thank you for your brain.”

@blakegriffin Blake Griffin
RIP Steve Jobs, thanks for this iPad I'm holding, the phone in my pocket, the laptop on my desk and much much more

@jessetyler Jesse Tyler Ferguson
So sad to hear about the brilliant Steve Jobs passing. RIP. Sent with love from my iPhone.

@NICKIMINAJ Nicki Minaj
An innovator. Contributed so much to this generation & beyond. RIP Steve Jobs.

Leave your tributes to Steve in the comments below.