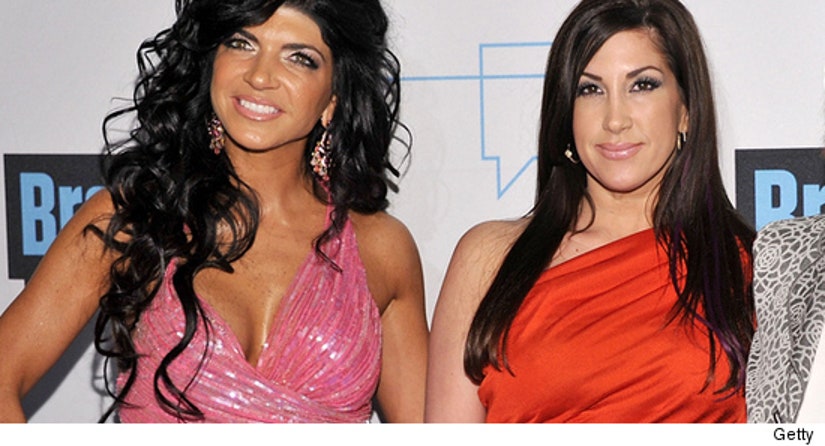 Days after being called "scum" by "Real Housewives of New Jersey" co-star Jacqueline Laurita, Teresa Giudice is finally firing back -- saying she thought all her co-stars were her "friends."

In a new blog post, Teresa writes "The whole time we were filming, I had no idea what other people were saying about me. I just assumed they were all my friends."

"I had no idea they were bashing me like that," she continues. "Although, tell you the truth, even if I did, I wouldn't do it back. I'm just not like that."

While those comments were in reference to cast members talking about her behind her back on Sunday's episode, Giudice then zeroes in on her feud with Laurita.

"As for the craziness on Twitter, I don't think it's a very healthy place to be right now (I just can't take anyone who's suddenly friends again with Kim G. seriously, sorry!)," she writes.

"So I'm going to slowly slip out of it, and maybe take a little break for a while. I have a big project I have to work on, and I want to spend every other second with my family. Don't worry, I'll be back!"

And she's not the only one: Despite reports to the contrary, Bravo says the entire "Housewives" cast will be back for Season 5.

The season finale of "The Real Housewives of New Jersey" airs on October 9 at 10 PM on Bravo.