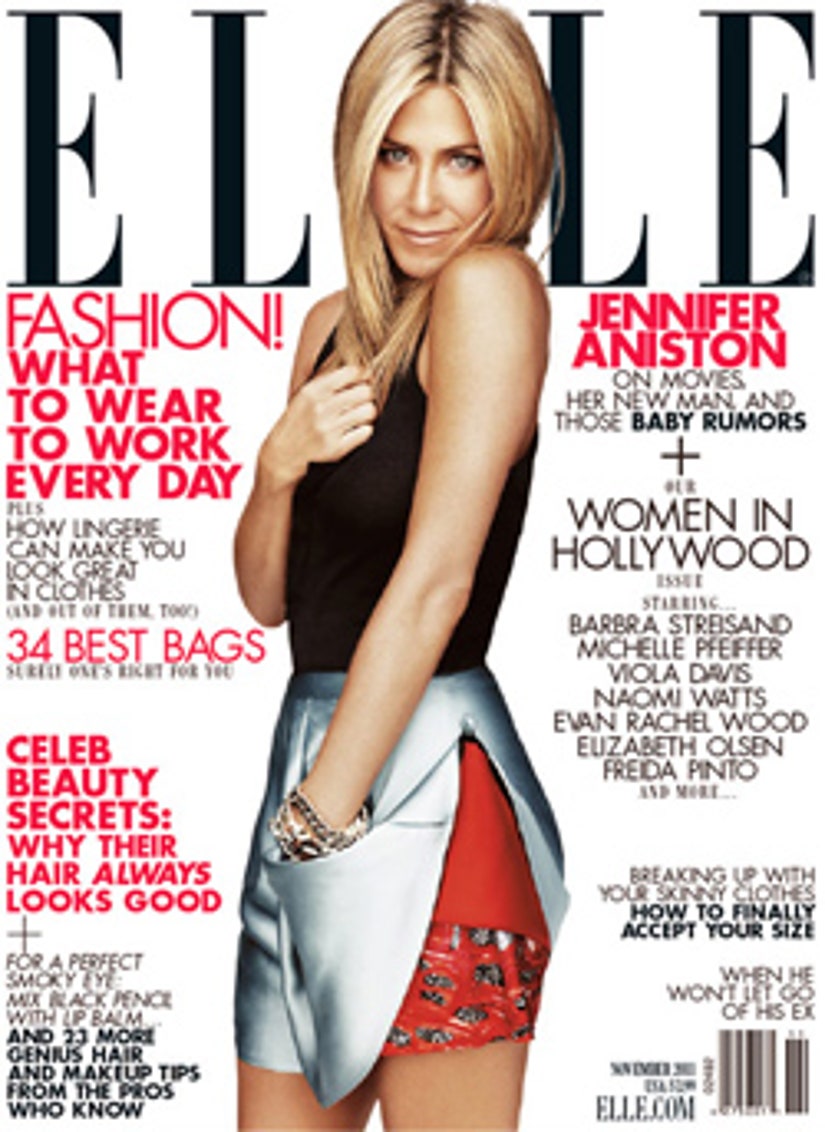 Sorry everybody, but Jennifer Aniston says there's "no desperation" for her to have a baby ... no matter what the tabloids lead you to believe.

Aniston, who is currently dating hottie Justin Theroux, addresses the speculation in the November issue of Elle.

"It's not what you read. There's no desperation. If it's meant to be, it's meant to be," she says. "I'm at peace with whatever the plan is. But will you hate me if I say I don't want to talk about my relationship?”

With her relationship off the table, Aniston also tells a story about an altercation she once had with a director on set.

“I threw a chair at a director. It wasn't my proudest moment.," says Jen. "He was treating a script supervisor horribly… When the director walked in, I threw a chair at him. I missed, of course. I was like, 'You can't speak to people like that.' I can't tolerate it.”

For more on Jen and Elle's other 20011 Women in Hollywood, check out the magazine's website.