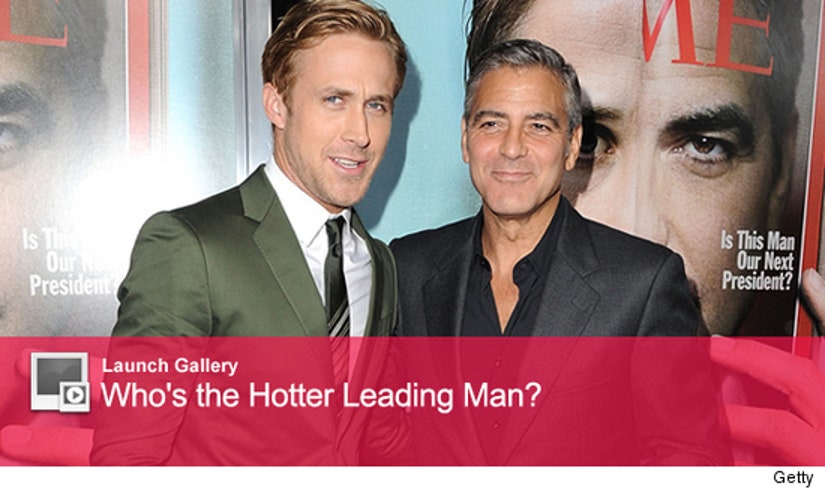 Sometimes one more features two extremely hot men -- and we want to know which one you'd rather spend seven minutes in heaven with!

"The Ides of March" with Ryan Gosling and George Clooney is hardly the first to feature two good looking male leads though: Matthew McConaughey and Ryan Phillippe co-starred in "The Lincoln Lawyer," Johnny Depp and Orlando Bloom fought along each other in the "Pirates of the Caribbean" films and the "Twilght" movies have teen girls everywhere fighting over Team Edward and Team Jacob.

Check out the gallery above to see which other flicks star dueling studs -- which do you think is hotter?