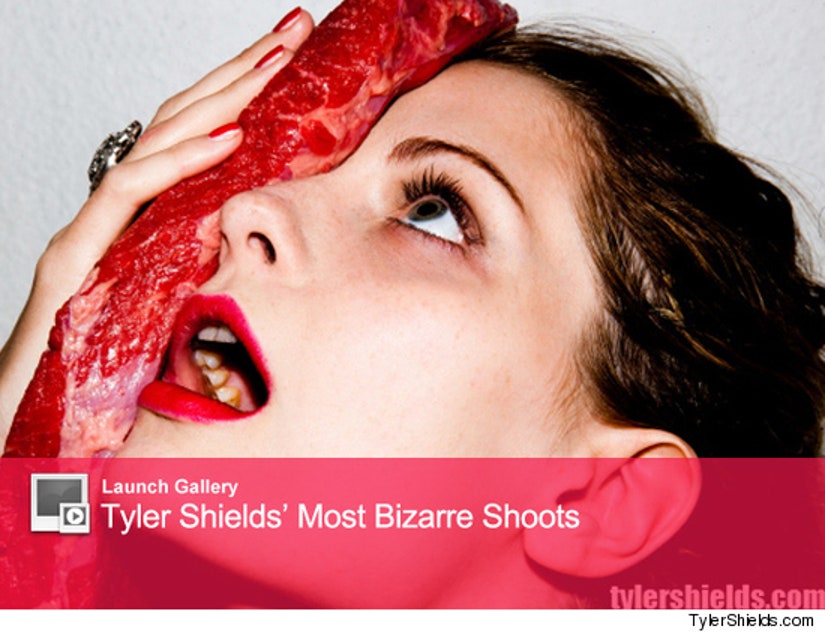 The former "O.C." actress is the latest to pose for sometimes-controversial photographer Tyler Shields, appearing in a series of photos where she's seen putting a steak over her eye and also chewing on it.

Shields says the photo session happened after a Mischa fan club in Brazil kept asking him to do a shoot with her. He says "I randomly met her friend and we talked about it a few days later this happened… She was amazing to work with and I cant wait to do it again."

Shields is known for his off-the-wall shoots, which have sometimes landed him in hot water.

Most recently, he took some flack when "Glee" star Heather Morris appeared in a series of pics where she had a black eye and was tied up with an iron cord.

Tyler is also known for his many shoots with Lindsay Lohan, including a recent vampire-themed on and another shoot where she posed as Linda Lovelace.

Check out some of Tyler's best (and most bizarre) work in the gallery above!