It's just six short weeks until we finally see "The Muppets" return to the big screen, and we couldn't be more excited!

A new trailer for the film hit the web today, showing the most we've seen yet of Kermit, Miss Piggy, Fozzy and the gang. Jason Segel and Amy Adams star in the flick as the Muppets' biggest fans, but we now get a sneak peek at just a few of the celebs who also appear in the movie: Neil Patrick Harris, Jack Black, Rashida Jones, Sarah Silverman and Rico Rodriguez from "Modern Family." We are even introduced to the newest Muppet, a cute little guy named Walter. Can this get any better?

The film hits theaters November 23rd, but you can check out the full trailer (including singing chickens!) here: 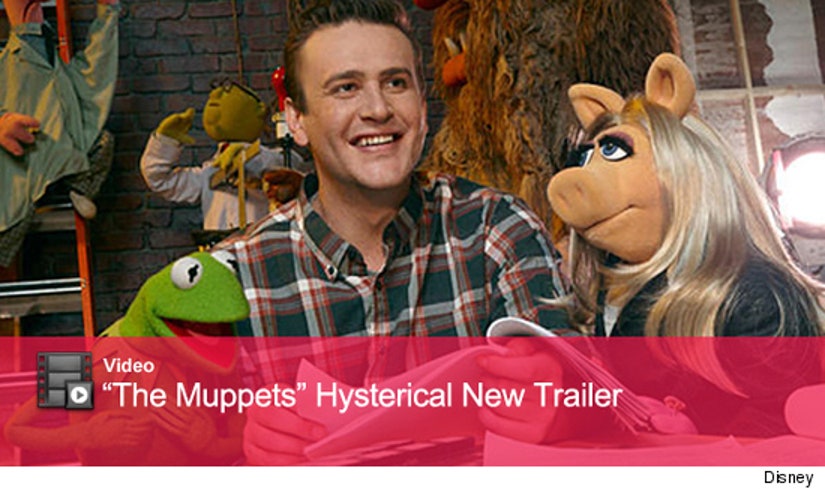 What do you think? Are you as excited about this movie as we are? Who is your favorite Muppet? Let TooFab know in the comments below!