Amber Heard has officially become one of our favorite bombshells, thanks to her recent red carpet outings. The actress, who has an upcoming role in The Rum Diary alongside Johnny Depp, looked stunning at the LA premiere in red Elie Saab. Over the weekend at the Spike TV Scream Awards, she donned a plum-hued Dolce and Gabbana strapless dress with a sexy sweetheart neckline, highlighting her picture-perfect figure. We should have seen this coming back in August, when the young starlet appeared at the TCA Summer Press Tour in a black "Mod Marilyn" dress by contemporary label Honor. Is she channeling the iconic bombshell in her choices? We hope so!

Click "Launch Gallery" below to see her full looks! 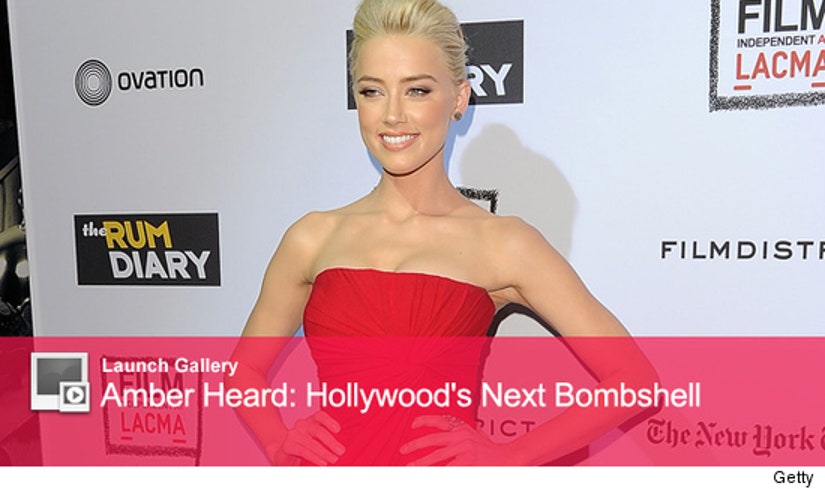