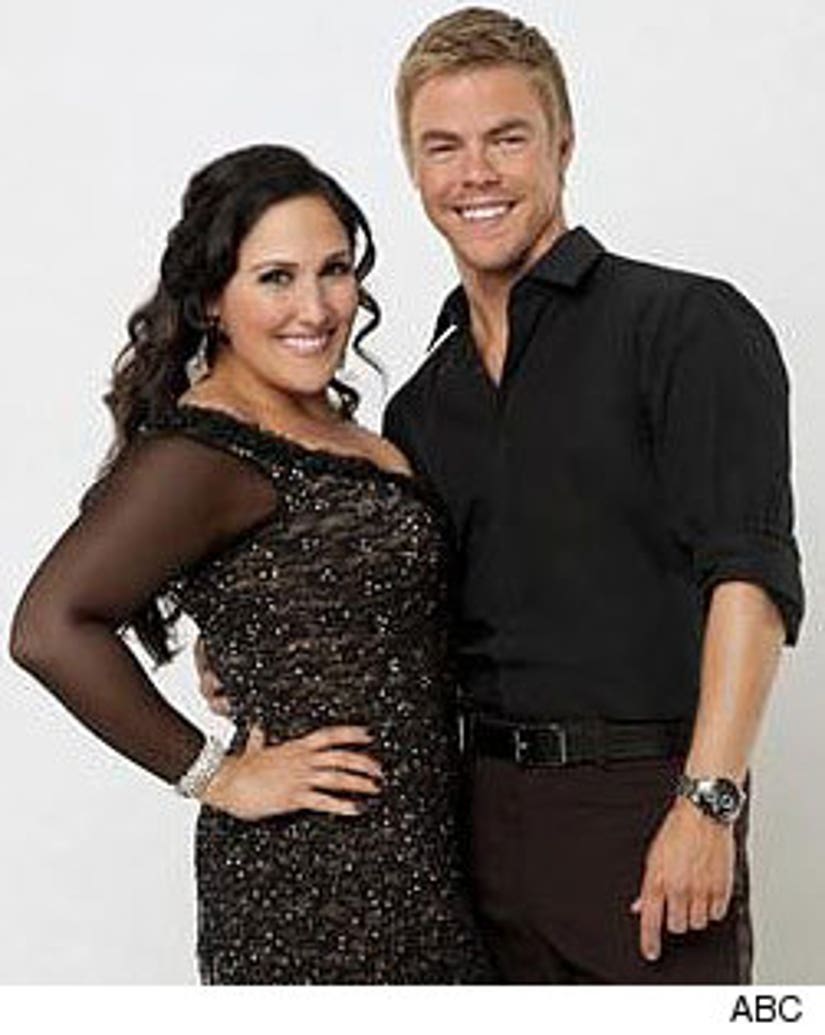 Monday night marked the halfway point for Season 13 of "Dancing With the Stars," and many of the teams stepped up their performances, except the leaders.

For the second week in a row, Carson Kressley and his partner Anna Trebunskaya found themselves at the bottom of the leader board again. Ricki Lake and Derek Hough, who have dominated the last three weeks, slipped a notch with some some visible errors, surprising many.

80's night started with Hope Solo and Maksim Chmerkovskiy. The couple danced a tango to "Living on a Prayer" by Bon Jovi, and the dance exemplified their love/hate relationship. Judge Len Goodman praised the soccer player for her aggression, but criticized her loose-limbed carriage. They scored a strong 24/30.

Carson and Anna followed with a campy jive to "Wake Me Up Before You Go Go" by Wham! The duo played cheerleaders with giant feather pompoms. As always, the entertainment value was high, but the technical content was lacking. Judge Bruno Tonioli called it "loopier than a looney tune" and "wacky fun" but Carrie Ann Inaba knocked them for their technique and being out of sync. They received the lowest scores of the night: 19/30.

Nancy Grace and Tristan MacManus took the floor with a rumba to "True" by Spandau Ballet. Technically, the prosecutor was proficient, but again lacked an emotional connection. Still, she and her partner earned 22/30, a personal best.

J.R. Martinez and Karina Smirnoff followed with a sizzling samba to Gloria Estefan's "Conga." J.R. said his Latin roots helped with this rhythm and it showed. Their moves were dynamic. Bruno joked that J.R. had "so much fire down below that it was like a volcano." Ew! They were the night's leaders, with a score of 28 (Bruno gave them a perfect 10).

Rob Kardashian and Cheryl Burke performed a tender and technically challenging rumba to Lionel Richie's hit "Hello." Rob really stepped up his game and took command of the dance. Carrie Ann called him "strong, sexy and sturdy on his feet." Their score of 25/30 was also their best of the season.

Chaz Bono and Lacey Schwimmer followed with an energetic samba to "Get Down On It," and Chaz definitely got down! Fully healed from his injury, he shook and shimmied with Lacey and even climbed up on the prop bar at the end of the routine. He looked like he was genuinely having fun and Carrie Ann praised him for doing the most actual dancing of the season. They earned 21/30.

David Arquette continued to show dramatic improvement with a tango to "Tainted Love." Like Rob, he was praised for taking command of the dance. Len complimented David and partner Kym Johnson's choreography, saying it had a great '80s feel. Carrie Ann had the sole criticism, saying if David worked on his musicality he could be a contender. They also scored a season's best score of 25/30.

Expectations were high when Ricki Lake and Derek Hough took the floor. After three first place performances, the pair faltered. Their foxtrot to Phil Collins' "Easy Lover" seemed to be an odd choice (Derek admitting so afterwards) and they were totally out of sync on their Running Man moves. Because of the errors, they found themselves in the middle of the pack with 24/30 -- well off their best.

So once again, Carson and Chaz find themselves in the bottom two, but both were spared last week. Will one of them finally leave the show? Find out tomorrow!