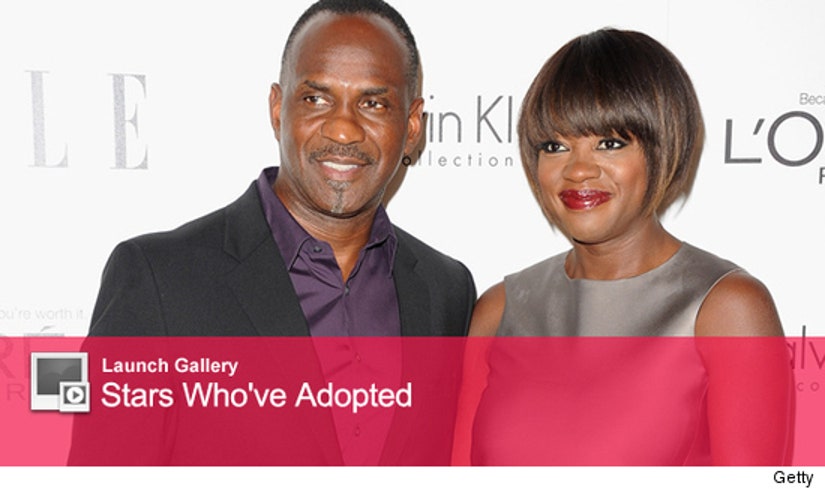 "The Help" star Viola Davis recently adopted a baby boy -- but it was one of her co-stars who spilled the beans on the baby news!

Davis' co-star Octavia Spencer let the cat out of the bag last night while giving a speech honoring the Academy Award nominee at the ELLE Women in Hollywood event.

Davis confirmed the news in her acceptance speech, saying she and husband, actor Julian Tennon, adopted a boy they named Genesis Tennon.

This is the first child for the couple, who have been married since 2003. Tennon also has two children from previous relationships.

Congratulations to the happy family!

Click "Launch Gallery" above to check out photos of other celebs who have adopted.