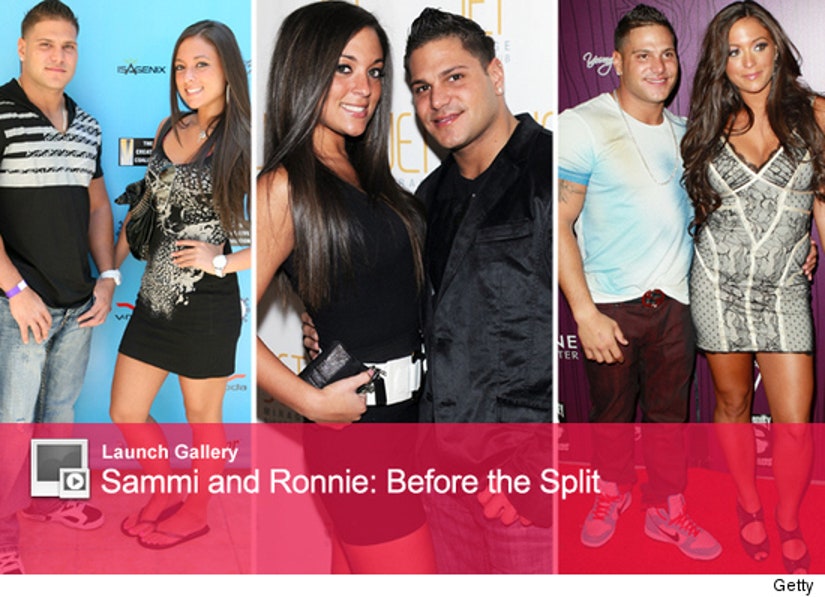 The up-and-down relationship between "Jersey Shore" stars Ronnie Magro and Sammi Giancola just hit another rough patch -- because they've broken up for what seems like the billionth time.

Ronnie confirmed the news last night at a screening of "Paranormal Activity 3," telling Us Weekly "We are not together."

Their crazy fights and Ronnie's temper were staples of the show's first seasons -- including one major blowout in Miami where Sammi exclaimed "I hate you more than f**king anybody I've ever hated in my entire f**king life!"

The two reunited in Italy and were seen together while filming continued over the summer in Seaside Heights.

No word on what went wrong this time --- but do you think it'll actually stick?