Leonardo DiCaprio's got a new big-screen love interest, and it's a guy! 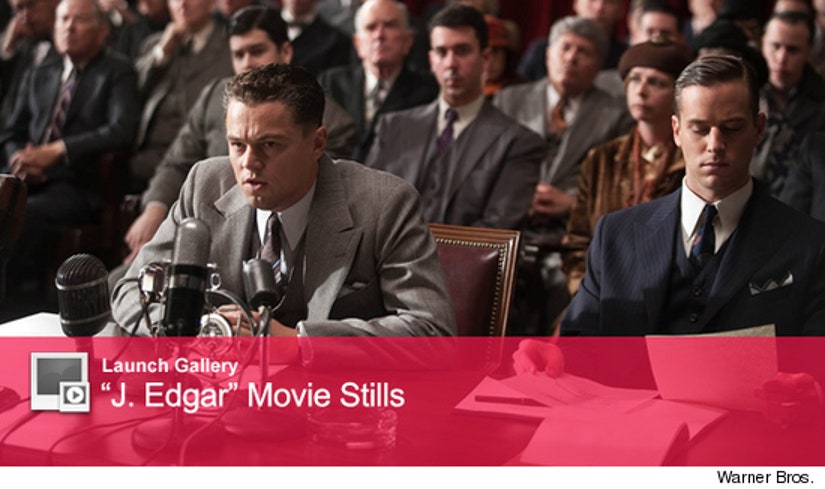 If Hammer looks familiar, you've seen him (or two of him) before. He portrayed the Winklevoss twins in "The Social Network."

Tolson served as Associate Director of the FBI under Hoover. Tolson was Hoover's protege, confidant and perhaps more. The film suggests the latter, showing the two grasping hands in the backseat of a car.

Click on the "Launch Gallery" button above to see more pics from the upcoming film (the first three provided exclusively from Mobli) and the trailer below: