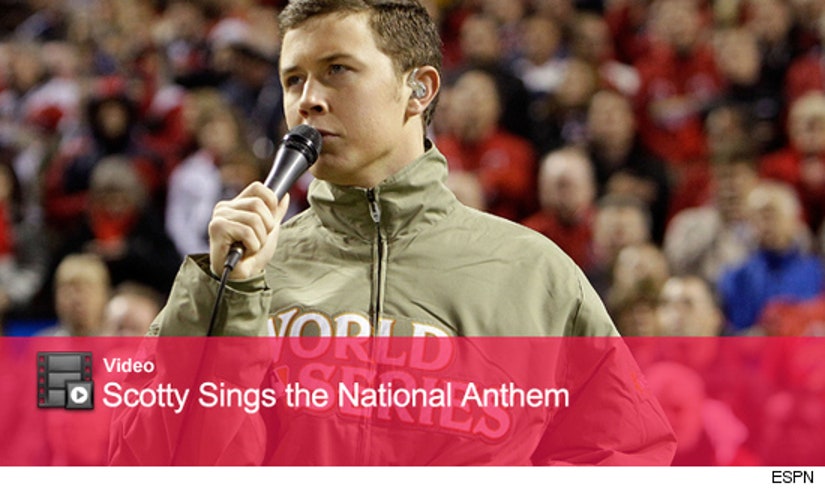 It wasn't exactly smooth sailing for Scotty McCreery last night when he sang the National Anthem.

The "American Idol" winner performed ahead of the World Series on Wednesday night -- but when he started singing, the mic wasn't working!

The organizers quickly got him a new microphone and he started the song over.

We think it's just his ridiculous twang -- but check out the video and judge for yourself!