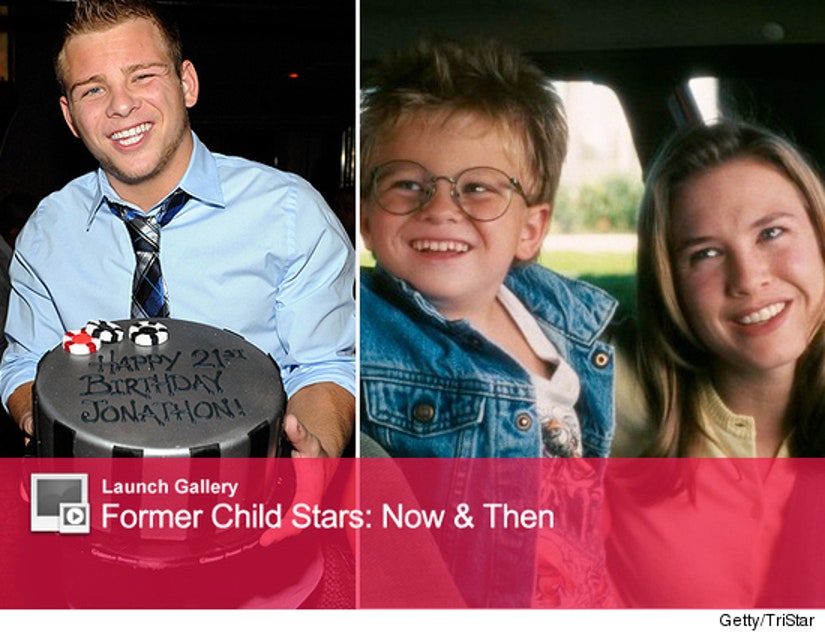 It seems like just yesterday Jonathan Lipnicki was telling us "the human head weighs eight pounds" -- but this weekend, the little "Jerry Maguire" star turned 21!

Lipnicki, who was just 6 when he co-starred with Tom Cruise and Renee Zellweger, celebrated Saturday night at LAVO in Las Vegas, where he was photographed holding a birthday cake with his name misspelled on it. Oops!

It was a family affair for the actor, who reportedly celebrated with his parents, sister, an aunt, three cousins and friends.

They were all also spotted having dinner at Tao on Friday and partying at Surrender Nightclub at the Encore.

Check out more former child stars in our Now & Then gallery above!