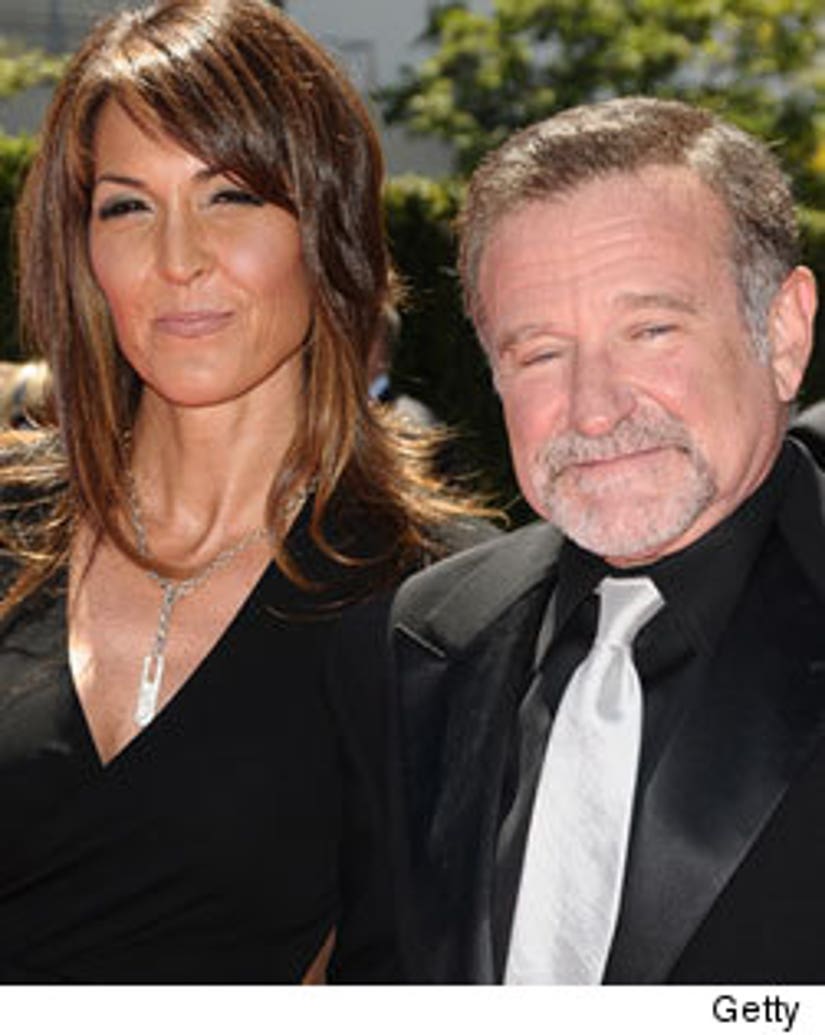 Let's hope the third time is the charm for Robin Williams, who tied the knot over the weekend to his girlfriendof three years, graphic designer SusanSchneider. She's been in his life since reportedly nursing him back tohealth after he underwent heart surgery in 2009.

US Weekly was the first to report that the ceremony took place at the MeadowoodResort in St. Helena, California, where rumored guests included Steven Spielberg, George Lucas,Billy Crystal and more.

Williams' 22-year old daughter Zeldatweeted about the big day throughout the weekend. "Let the weddingmadness begin!" she wrote Saturday. She later followed up with "Justrealized my tweets have probably been misconstrued. No, it's not my wedding,haha. Thanks for the congratulations regardless."

This is the third trip down the aisle for the Oscar-winner and fatherof three. Next up? Williams is reprising his voice role as the singing penguinRamon in “Happy Feet Two,” which hits theaters November 18th.