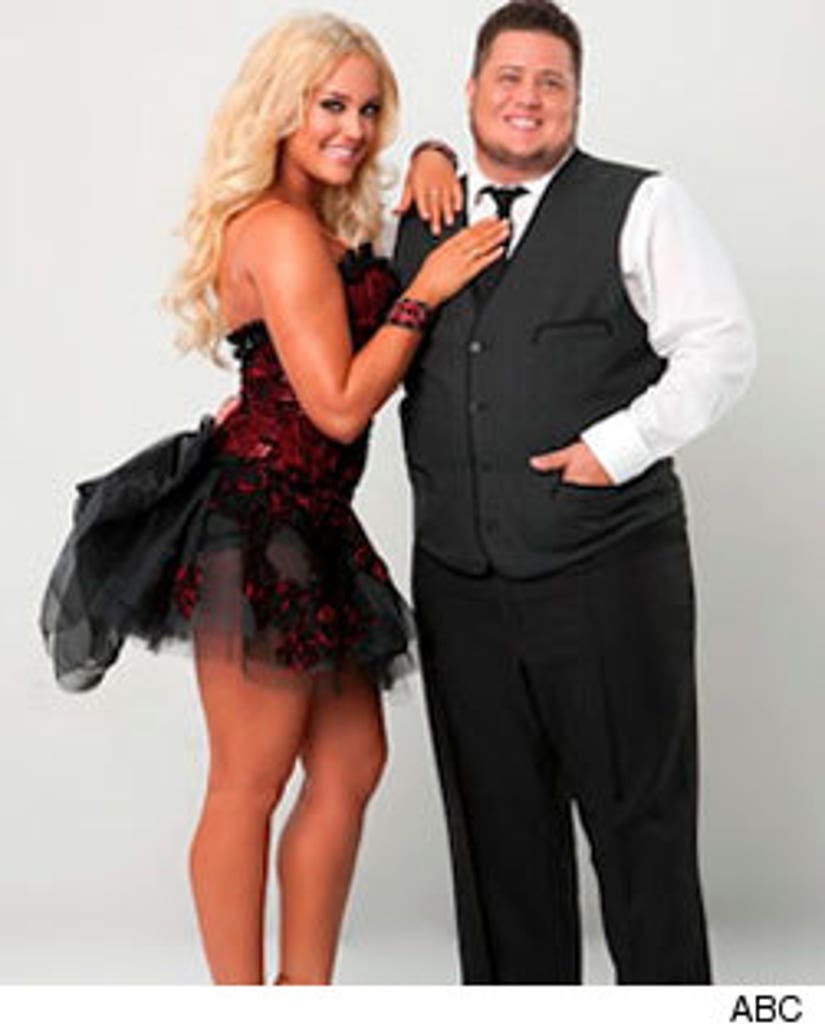 Did Maksim's backtalk to the "Dancing With the Stars" judges come back to haunt him?

In fact, the sexy pro's outburst appeared to incite his fan base. He and celebrity partner Hope Solo found themselves among the last two couples up for elimination, along with Monday's lowest scorer Chaz Bono and Lacey Schwimmer. However when the results were read, it was Chaz who was sent packing.

The show's producers definitely milk the drama though, as it was revealed that Maks and Hope weren't necessarily even in the bottom two! Way to simulate suspense ABC!

Maksim did apologize for the drama from the previous night -- a smart move since he's still in the show.

Unfortunately, it was the end of the road for Chaz Bono. The author and activist faced injury and negative critiques throughout the season, but still put in his best week after week.

"I took so much away from this. This was an amazing journey that really pushed me and really showed me I can do so much more than I realized," Chaz said after hearing the results. "I came on this show because I wanted to show America a different kind of man. If there was someone like me on TV when I was growing up, I would have had a much [better] life."