“American Idol's” Lauren Alaina has plenty to celebrate when she turns 17 on November 8th – a new CD and a new body!

The country cutie, who was runner-up to Season 10 champ Scotty McCreery, confessed to US Weekly that she's dropped 25 pounds over the past five months!! "Changing my diet was the big thing," she shared. "I had to learn correct portion control."

Lauren's high-protein, low-carb diet and daily workouts have slimmed the star to a size 2. She says she's still 10 pounds away from her goal, but we hope she's allowed herself to live it up a little: her first CD “Wildflower” debuted at #5 on the Billboard charts! Way to go, girl!

Lauren is one of several Idols to undergo a major body transformation. Jennifer Hudson, Carrie Underwood, Clay Aiken and Kelly Clarkson are just a few former contestants with dramatic changes – although, not always for the better.

Click “Launch Gallery” below to check out the before-and-after shots of some of your favorite “Idol” stars. 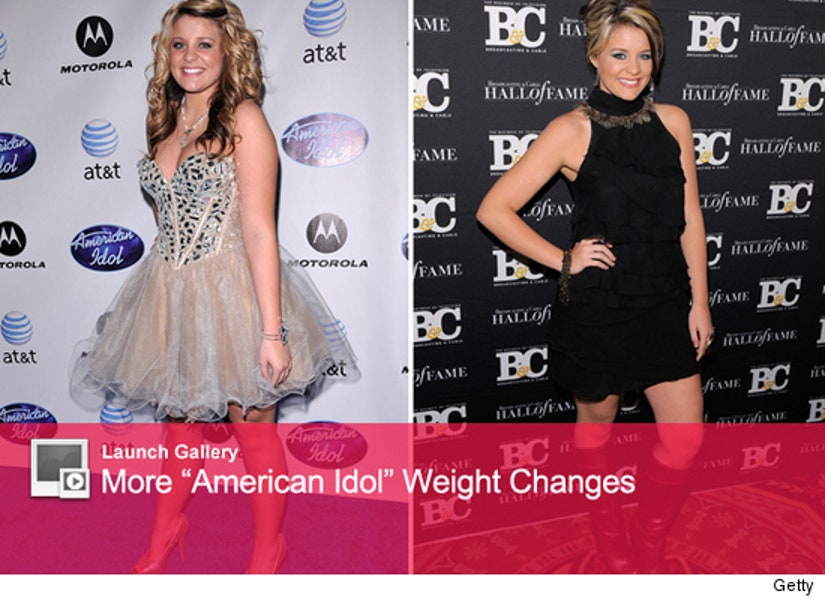 Which Idol looks the best? Sound off in the comments below!