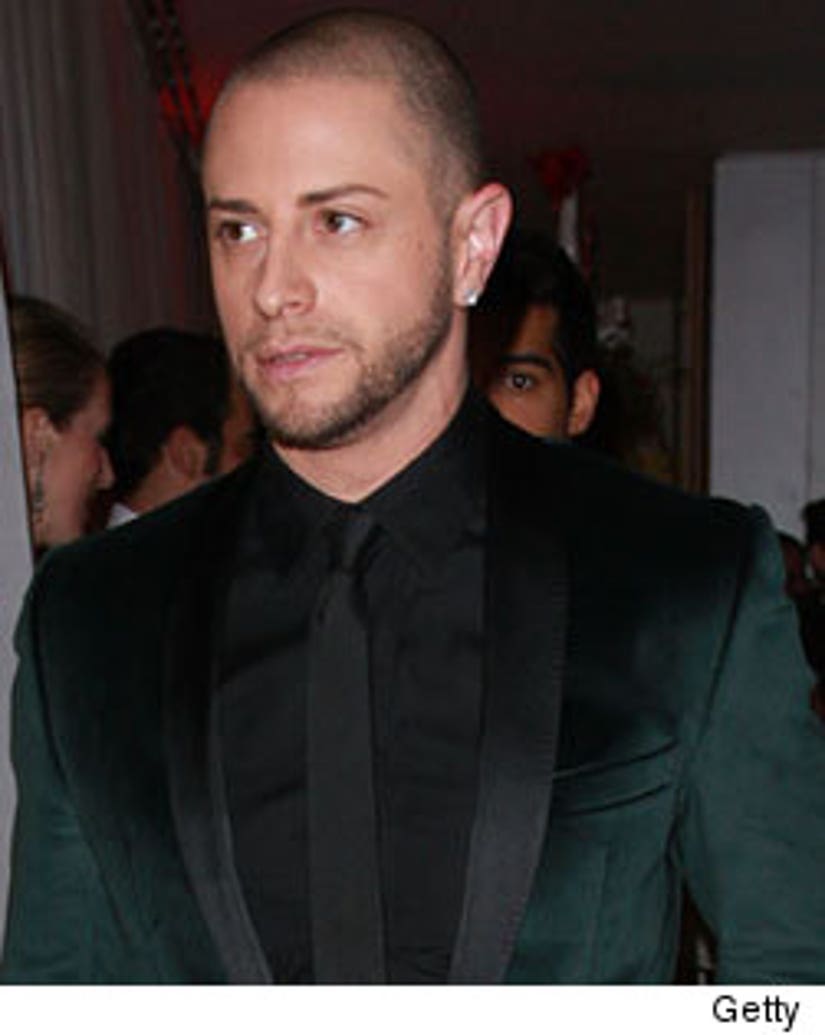 The "X Factor's" choreographer, Brian Friedman has worked with some of the biggest pop stars in our time, from Mariah Carey and Britney Spears, to the legendary Michael Jackson.

In an exclusive interview with toofab, the 34-year-old choreographer is dishing on what goes on backstage at “X Factor” – plus – (what we all really want to know!) -- What Simon Cowell is really like!

toofab: How many days do the "X Factor" contestants have to learn the choreography?

Friedman: They've got two rehearsals. Off the actual stage you do a rehearsal studio, and in that rehearsal studio they have one rehearsal, that's it. One rehearsal, where they need to learn all their staging, and the next time we see them is at the sound check. And that's where they have to get on stage and perform it for their mentor, for the first time, and obviously it's very nerve-racking to do that with only having one rehearsal. However due to the short lead in for a show like this that's the way it has to be. Then after that they get to do one more rehearsal which is the camera block, which is where we watch them, and script the cameras and make sure where they are going to be on stage and make sure the contestants know where the cameras are. Then its show time!

toofab: Do you find the contestants pick up the moves easily?

Friedman: It depends on what contestant it is. It depends if they have moves or don't have moves. Some contestants are more about the staging and their walks. (Former Contestant) Simone had a lot of choreography and she was doing a lot of work on stage, which for her to have to pick that up, you know that's the kind of work that Britney Spears does. Then you look at other artist like Marcus Canty who I gave a lot of staging to, but there was not really considered dance steps, but he has a lot of great movement of his own. So what I like to do with people like that is give them a guideline and tell them what the energy is.

toofab: What do you think defines having the "X Factor"?

Friedman: To me to have the "X Factor" is an unexplainable gift. That thing that makes you stop in your track and want to watch. A lot of our contestants just have it, they truly do, it's not necessarily about you voice, talent, or what you wear but about how it all comes together. There are some people that have the X-Factor potential but you can see they need some grooming, a diamond in the rough. I think we have a nice mixture of that kind of talent on the show already.

toofab: Do the x-factor contestants have artistic freedom or do you tell them what to do?

Friedman: It depends on who the artist is. Looking at Drew for instance, she's got a really corky personality about her, and I think for me my goal is always to bring out who she is and never try to turn her into something else because it's who she is that makes her so special. So I would never tell her what to do unless something was going terribly wrong. Where as these other acts need a little more guidance, a little bit more grain. You have to give them a little more direction like where to look, what to do with their body, how to open their eyes. And sometimes their creative interpretation is right. Definitely I will tell them what to do if something is going wrong and I would guide them to make them the best artist they can be. A lot of these people are just a voice and they haven't trained to be that type of artist yet they really do need the training. It's a crash course into things that other artist have been working their whole life for.

toofab: What is it like working with Simon Cowell?

Friedman: Incredible, I love the pace. I just love the way he judges and the way he works. He's very specific about his opinions and if he wants red he gets red. I like people who are really sure of themselves and what they want.

toofab: What was your take on the whole Cheryl Cole scenario?

Friedman I actually don't participate in the shows audition episodes until it gets to boot camp, so I wasn't around when Cheryl was here, but I absolutely love Cheryl to death. Her and I have a great time on the U.K. show. Unfortunately I wasn't around for what went down but I wish her the best.

toofab: Do you think once the shows done here you would go back and do the UK show?

Friedman: If the shows weren't going on at the same time I would be in both places. Sadly I can't clone myself. I miss the show so fingers crossed if something would ever happen where we can do them both.

toofab: What do you define as your “aha!” moment, when you thought you had made it?

Friedman: Being on a yacht in San-Tropez South of France, on holiday there and looking out at the see was one of those moments where you're like ok, I'm doing well. I think I've got what I need.

toofab: You worked on the movie “Uptown Girls”, what was it like working with Brittany Murphy?

Friedman: Amazing, we were childhood best friends. We were 14 when we met, we were both out here in LA doing our careers acting, singing, and dancing. We were in a singing group together. We knew each other our whole lives. That movie was fun in particular because she was in New York shooting it, she knew I was coming to New York and she said you have to do the movie with me, I said ok but I'm not acting. Brittany said you can play yourself, so I did a little cameo but it actually got cut out sadly, but it's in the deleted scenes, so we had our little moment together. It was incredible just to be able to work together.

toofab: You've worked with a lot of celebrities during your career -- what's been the most memorable experience?

Friedman: Michael Jackson definitely, just cause he was a master and an idol of mine when I was a kid. Getting to that point where I actually was dancing behind him and then doing choreography working with him, it was the crowning achievement.

toofab: What was it like working with Michael Jackson?

Friedman: Incredible, I worked once with him when I was a kid and at that age you're still star struck and I think after working with him I was never star struck again. I still have my sequin clothes that I used to dance around my room in so it was really fresh. It was always amazing because Michael treated everyone around him so well; he cared about his dancers, crew, and cast. Everyone was treated with respect, like equals.

toofab: What advice do you have for up and coming talents?

Friedman: Fight, just to fight not with other people, but to achieve what you want and never give up because no one is ever really going to hand anything to you. It's a rare if that happens, and you need to keep pushing forward and make sure you go for what you need and want to do. Outside of that be amazing, humble, and gracious with everyone that you come in contact with. You want to make sure that footprint is a very neat foot print.

toofab: Is there one artist you dream to work with one day?

Friedman: It's unusual, when I was a kid I used to keep a list in mind. Now the list is smaller. I've never worked with Madonna. I would love to work with her because she was on my childhood list and she is the one person who I didn't ever get to check off that childhood list.