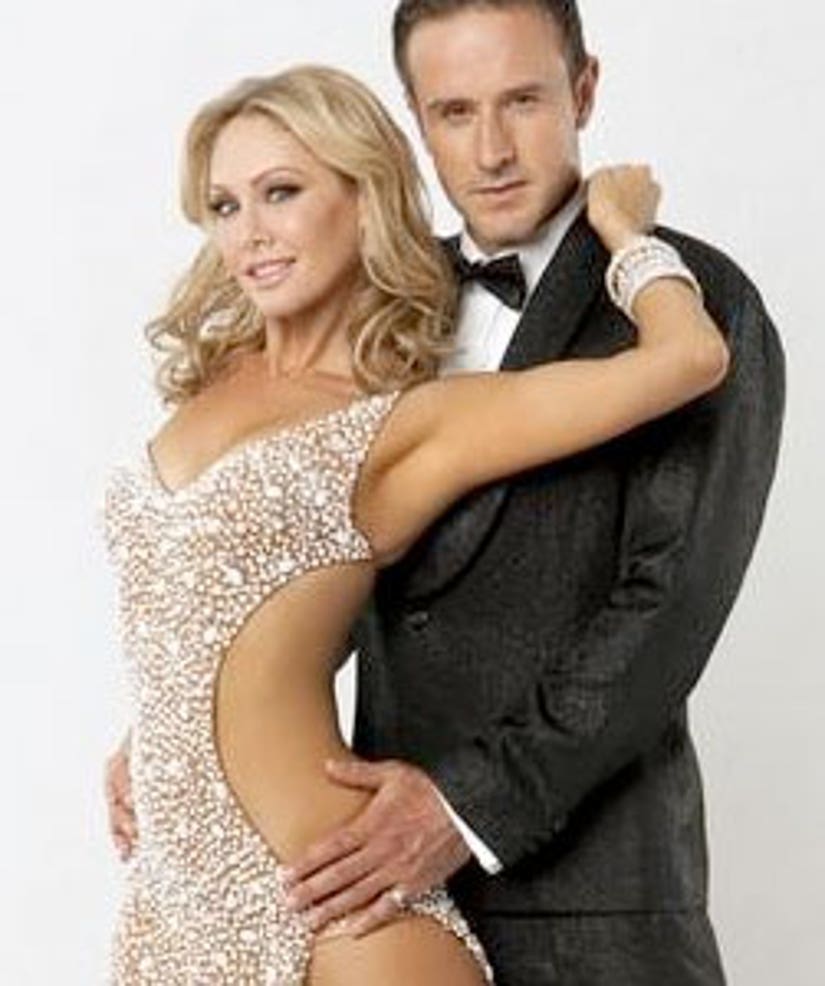 All week long, the big story has been Kim Kardashian's divorce from Kris Humphries after only 72 days of marriage.

Did the public backlash against the reality starlet affect her younger brother Rob's chances on "Dancing With the Stars?" Not one bit!

Rob was deemed safe on elimination night after turning his strongest performance to date Monday night. He and professional partner Cheryl Burke will return next week.

The public also supported Monday night's lowest scoring couple -- Nancy Grace and Tristan MacManus. The TV host was "in jeopardy" of leaving, but in the end it was David Arquette and Kym Johnson who had to pack up their dancing shoes.

"This is my show," the actor joked after hearing the news. Week after week he delivered routines that delighted the audience, which regularly included his estranged wife Courteney Cox and their daughter Coco.