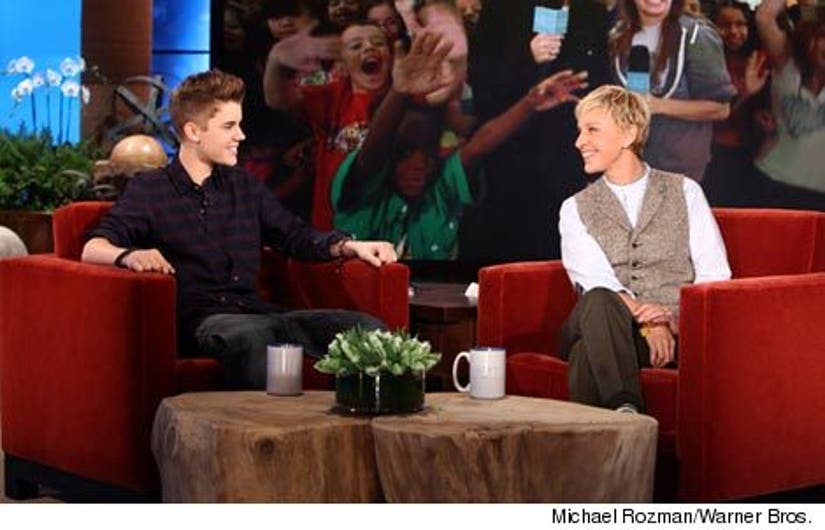 In an interview airing today, Justin -- who was sporting a new faux-hawk -- admitted he enjoys being able to show a little PDA in front of the cameras.

Bieber was on the show to promote his new Christmas album, "Under the Mistletoe" ... which is probably where you'll find him and Selena through the holiday season.