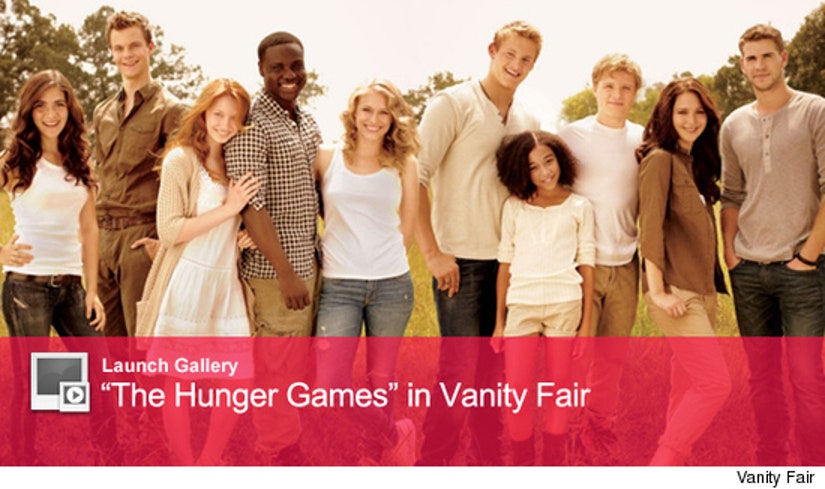 "Hunger Games" is no "Twilight" -- at least according to star Jennifer Lawrence, in the new Vanity Fair.

"While I hear the comparisons, it's really premature to say that it will be the same phenomenon," says the 21-year-old actress, who plays heroine Katniss Everdeen in the movie adaptation of the insanely popular books.

"I'm so proud of the work we did on the film -- and I can't wait for it to be brought to life because I think it's an important story," she adds. "If it does become a crazy phenomenon, I'll soak up my freedom now!"

Jennifer, along with co-stars Liam Hemsworth, Josh Hutcherson and the rest of the District Tributes, posed together for VF's December issue -- check out more photos from the shoot above.