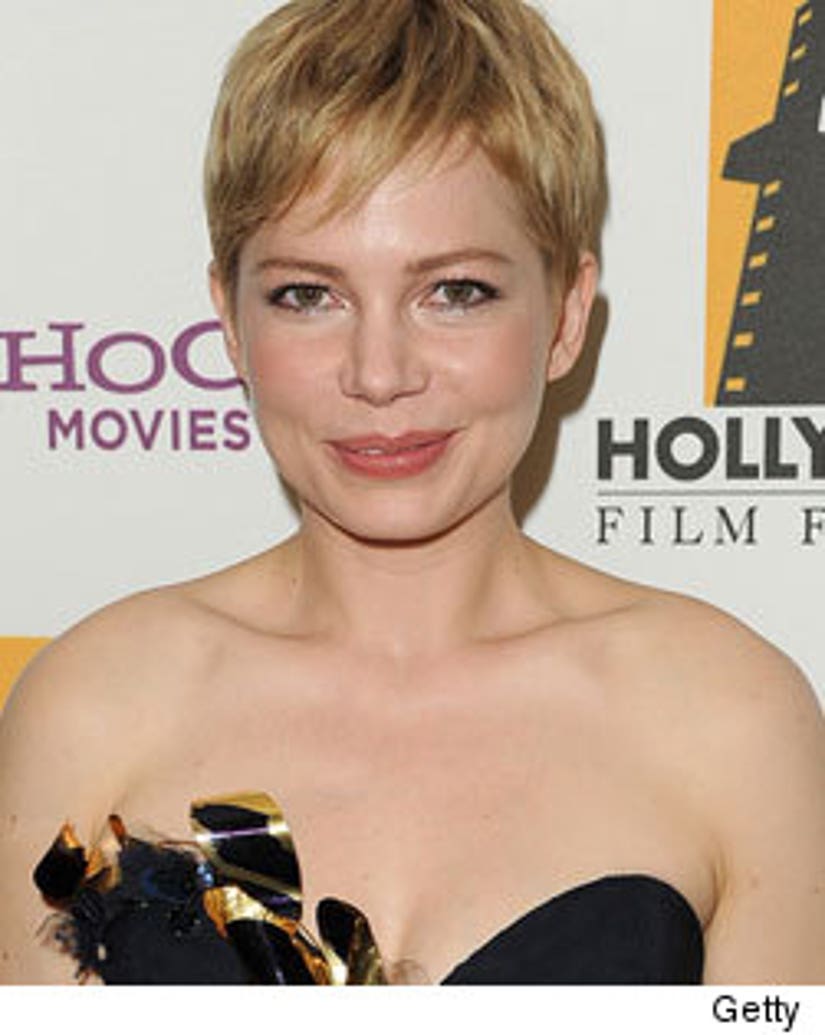 Michelle Williams has just revealed that there's a very significant reason behind her signature Pixie haircut. It's a tribute to her late love, Heath Ledger.

"I cut it for the one straight man who has ever liked short hair and I wear it in memorial of somebody who really loved it," she tells the Telegraph.

Williams created a stir back in 2007 --when she showed up to the Independent Spirit Awards with the new short hairdo.

The "My Week With Marilyn" star says she now loves her short style and has no plans to grow out her locks any time soon -- saying, "I've really grown into it - I feel like myself with short hair."

Michelle has remained tight-lipped about her relationship with Ledger. She ended their engagement just months before he died of an accidental drug overdose in 2008. Their daughter, Matilda, was just two years old at the time.