The 25-year-old actress stunned the crowd Thursday at the London premiere of "The Rum Diary,”
wearing a floor-length nude Alessandra Rich gown that hugged her curves in all the right places.

Amber's drawn inspiration from Old Hollywood while promoting the film, channeling the likes of Veronica Lake and Rita Hayworth. Check out all the glamorous photos below: 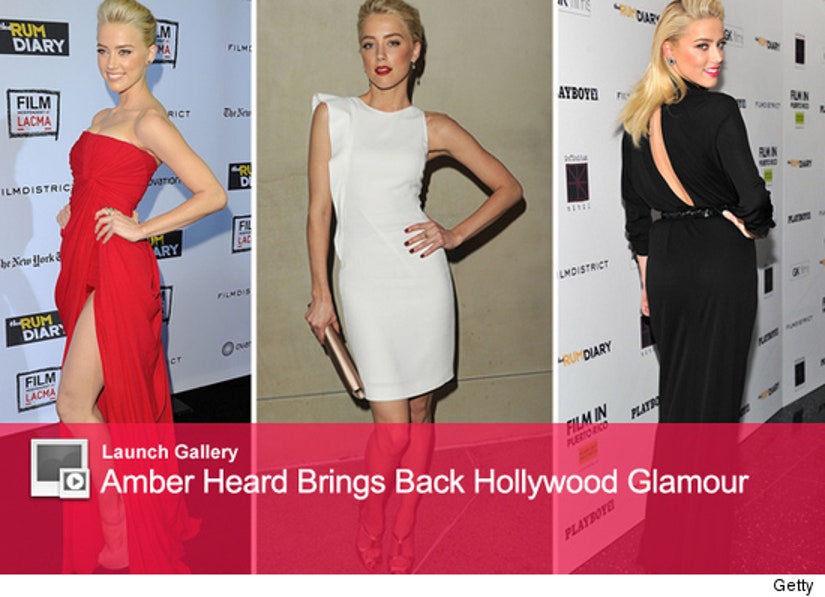 The statuesque blond appeared in a number of TV shows and movies prior to landing the lead female role in Johnny Depp's starrer. You may remember her as as Seth Rogen's underage girlfriend in “Pineapple Express,” and from this year's short-lived series, “The Playboy Club.” Amber's really starting to make a name for herself in Hollywood with these roles and red carpet looks!