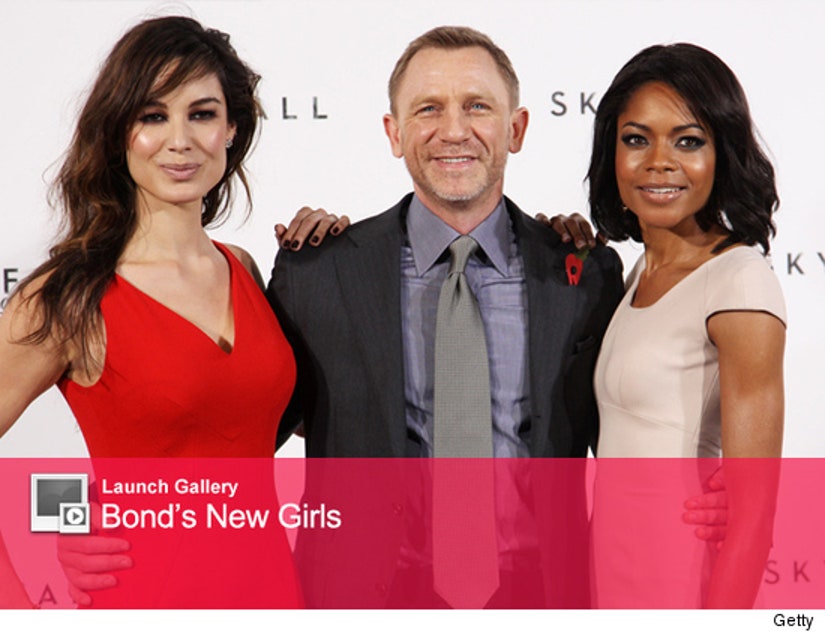 The latest Bond Girls were officially revealed for the first time today -- and James Bond is one lucky man.

The cast and crew behind Bond 23, A.K.A. "Skyfall," appeared together for a photocall moments ago in London, where we got our first look at the two ladies alongside 007 himself, Daniel Craig.

French actress Berenice Marlohe, who stunned in a sexy red dress, will play the glamorous Severine ... though, at the moment, not much more is known about her character.

Naomie Harris will also star in the film as a field agent named Eve -- and Harris revealed she's been doing yoga, stunt driving and firing machine guns to prepare for the role. We like her already.

Also on hand were Javier Bardem, who will play the villain on this outing and Dame Judi Dench, who returns as M.