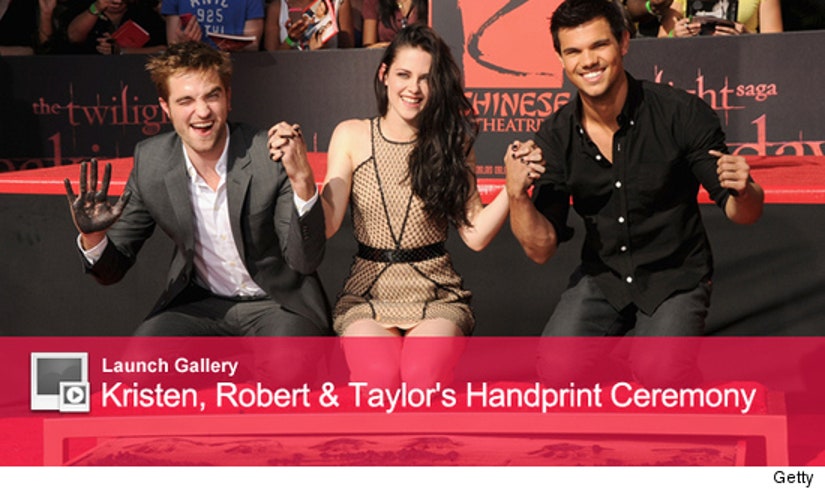 Robert Pattinson has been immortalized in Hollywood ... again!

The vampy star of "The Twilight Saga: Breaking Dawn Part 1," plus co-stars Kristen Stewart and Taylor Lautner had their handprints and footprints cemented into the ground in front of Grauman's Chinese Theater.

It's a huge honor, bestowed upon stars including Marilyn Monroe, Jennifer Aniston, Clint Eastwood, Johnny Depp, the cast of "Oceans 11" ... and even Darth Vader!

While K-Stew wore heels when she arrived, it was a pair of Vans she had imprinted into the cement -- and we love her for that.

Miss the action unfold? Check out the photos above -- plus a video re-play below: 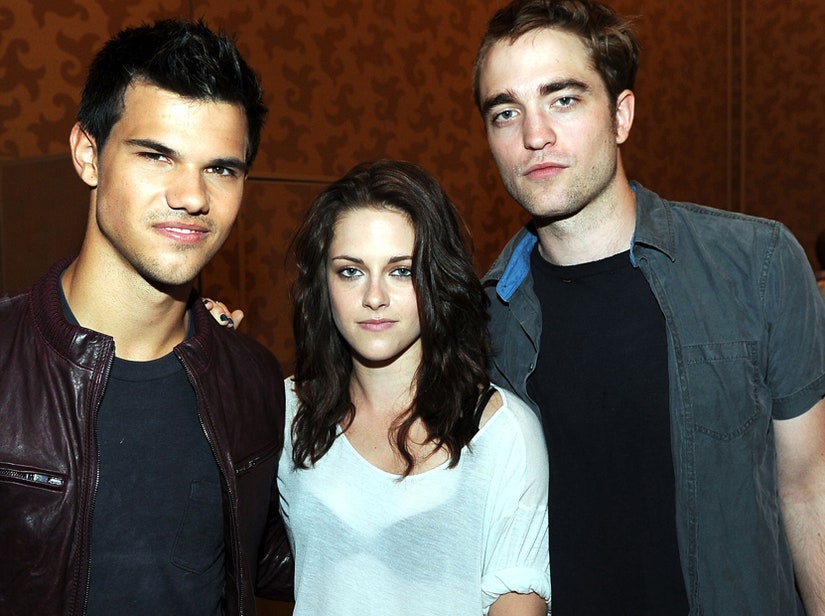