It's hard to believe that Jessica Biel has ever been turned down by anyone, but the beautiful brunette is now revealing the one film role that got away.

“'The Notebook,' that's one that I wanted so badly," the actress says in Elle December's issue. "I was in the middle of shooting 'Texas Chainsaw Massacre,' and I auditioned with Ryan Gosling in my trailer -- covered in blood. [Director] Nick Cassavetes put me through the wringer in an interesting, excitingly creative way. But there's a million that get away. We're gluttons for punishment. It's just rejection. 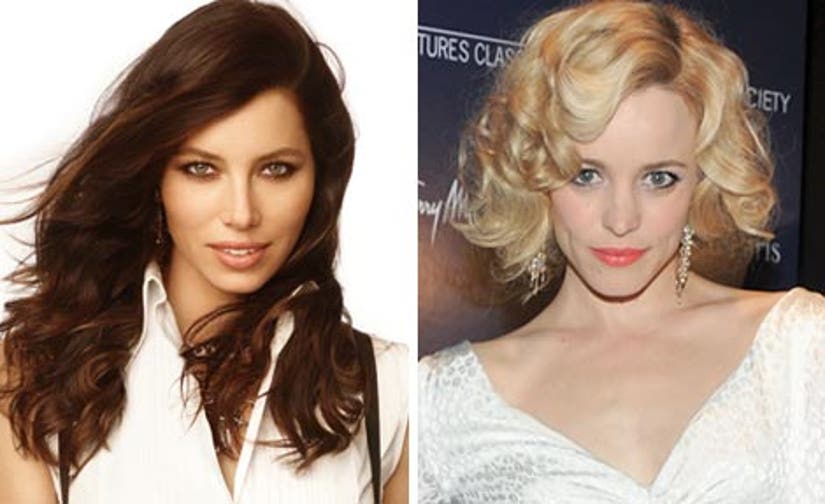 The role of Allie in the 2004 tearjerker eventually went to Rachel McAdams, who at that point was just a rising star. Rachel and Ryan's professional relationship became a personal one; they dated for four years before breaking up in 2008.

In the interview, Jessica weighed in dating fellow actors. “I think those are the people you meet and so it just kind of happens. Let me tell you: It never happens on purpose.”

Could you imagine Jessica and Ryan together? Ah, what could've been!