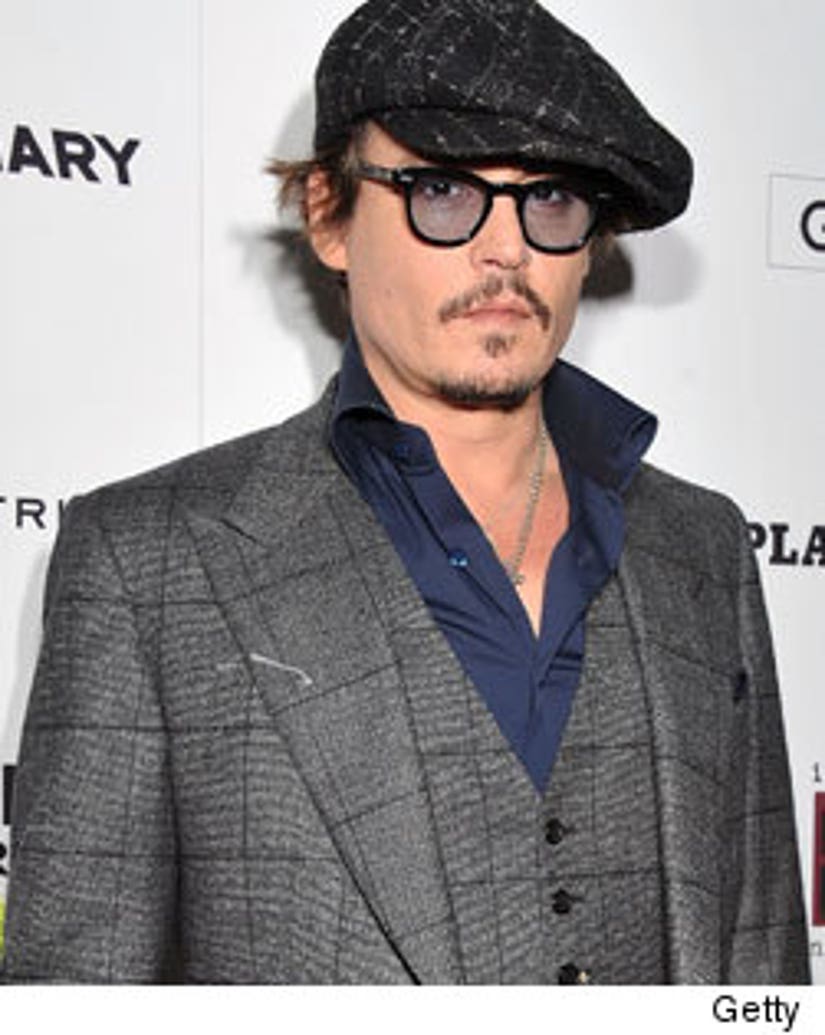 Johnny Depp is opening up about a near-death experience! The “Rum Diary” star was aboard a plane that lost engine power – and started to plummet to the earth!

Johnny tells Life Magazine in a new interview, “the plane just shut down.” His “Rum Diary” director, Bruce Robinson, was also on board. "The sound of the engines stopped. There was silence. Bruce and I were looking at each other and I think I said, 'Is this it?'

Johnny recalls the moment he really thought he was going to die. “Nobody said a word except for Bruce and I, sitting next to each other, saying, 'Oh sh-t! This is death; I guess this is how it goes down.”

Suddenly – Johnny says the engines started back up again – and everything resumed to normal.

"I guess you could say that was a big bonding experience for Bruce and me," Depp says. "For a moment there, we were going down together."