Toofab is all about bedazzling the heck out of your electronics, but this is overkill. A “Luxury Specialist” has created a blinged out iPad 2, called “The iPad 2 Gold History Edition,” and wants to sell it for a cool $8 million dollars.

So what on earth makes this particular iPad worth so much money? Creator Stuart Hughes says it has a 24-carat gold backing, 65 flawless diamonds covering the signature apple and home button, and the screen frame is made out of ammonite, which is the oldest rock in the world. If that's not enough -- an incredibly rare Tyrannosaurus Rex thigh bone is sprinkled into the ammonite rock, we can only imagine, for good measure. 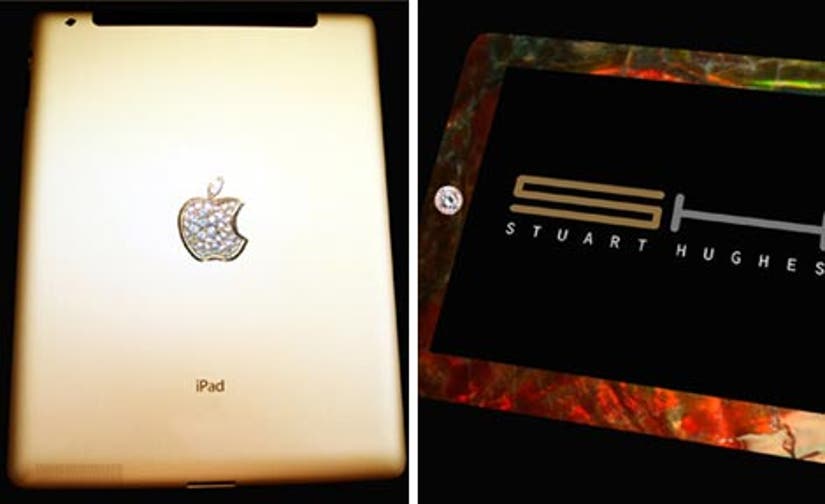 Apparently, this idea isn't new. Hughes sold TWO diamond-encrusted iPhone 4 covers in 2010 for $8 million each. Which means someone might actually buy this item, as well.

In these times of belt-buckling and recessionista fashions, what do you think of an $8 million dollar iPad2? Outrageous, or no big deal?

Tell toofab in the comments below.