Sarah Jessica Parker has some words of wisdom for Kim Kardashian: Keep your private life private!

The "Sex and the City Star," who is in Australia at the same time as Kim K., was on Aussie radio's "The Matt & Jo Show" yesterday -- where she gave some advice to maintaining a happy marriage in Hollywood.

"First of all, we live in New York," says SJP, who never mentions the Kardashians by name ... but you know what she's getting at.

"I suspect that we choose to live our lives very differently. We're not terribly public and we don't talk about our marriage a lot. We don't share those kinds of details, we don't offer them up ... maybe that's something to think about."

While Kim giving up "Keeping Up with the Kardashians" may be good for her private life ... we don't see it happening anytime soon.

Kardashian herself was on the same radio show that day, where she blasted media reports about her marriage and the cost of her ceremony.

"It's tough, people have it so wrong... like I made 20 million and my wedding cost 20 million and all of these ridiculous rumors that just aren't true," she says.

"I really just can't pay attention to all of the negative rumors. I'm just being me and I love hard and I do what I think is best at the time. I just follow my heart and I think that this year, I have just learned a lot about myself."

See more from that interview above.

Kim also made another public appearance for the Kardashian Kollection handbag line earlier today -- and, unlike yesterday, she actually smiled! Check out more photos below: 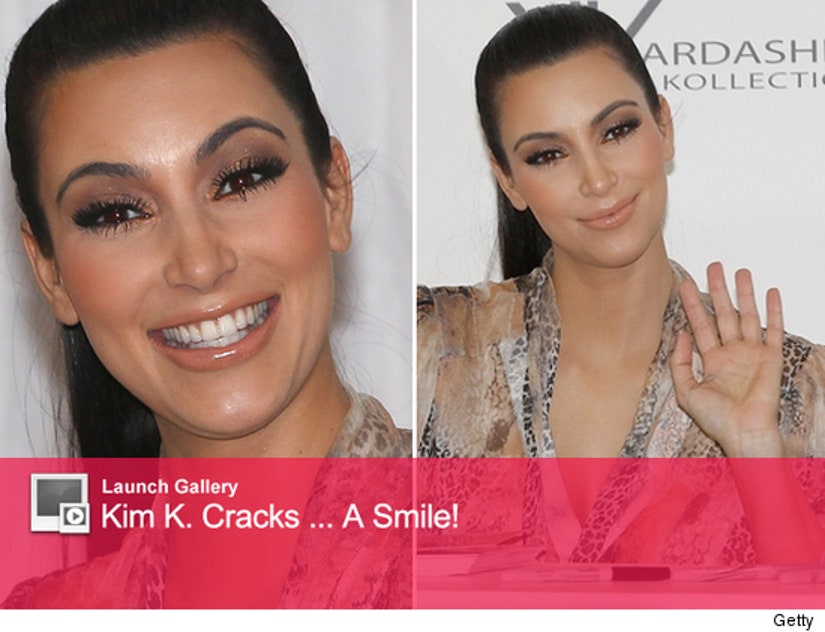