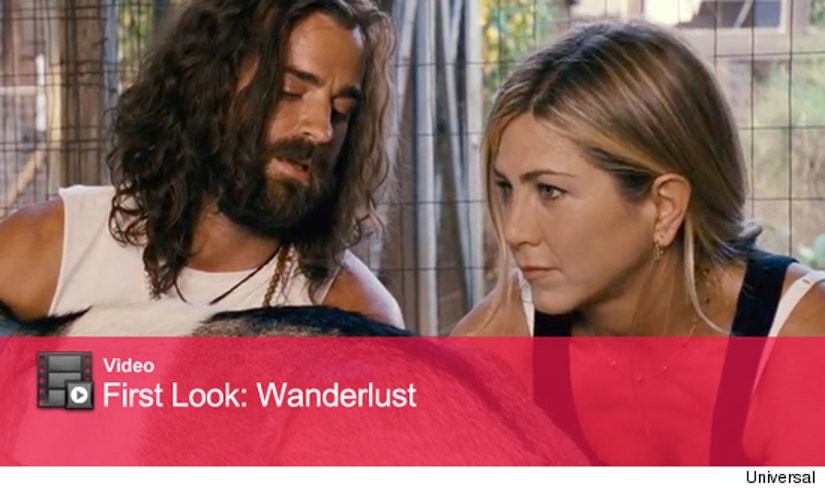 Jennifer Aniston and Justin Theroux met while filming the comedy "Wanderlust" -- and now we're getting our first look at the real life couple's on-screen chemistry in action!

The first trailer for the flick was just released, showing Aniston and her movie hubby (played by Paul Rudd) moving to the hippie commune of Elysium after he loses his job.

Theroux plays one of Elysium's eccentric, long-haired inhabitants -- and is seen dropping some double entendres while he and Jen milk a cow.