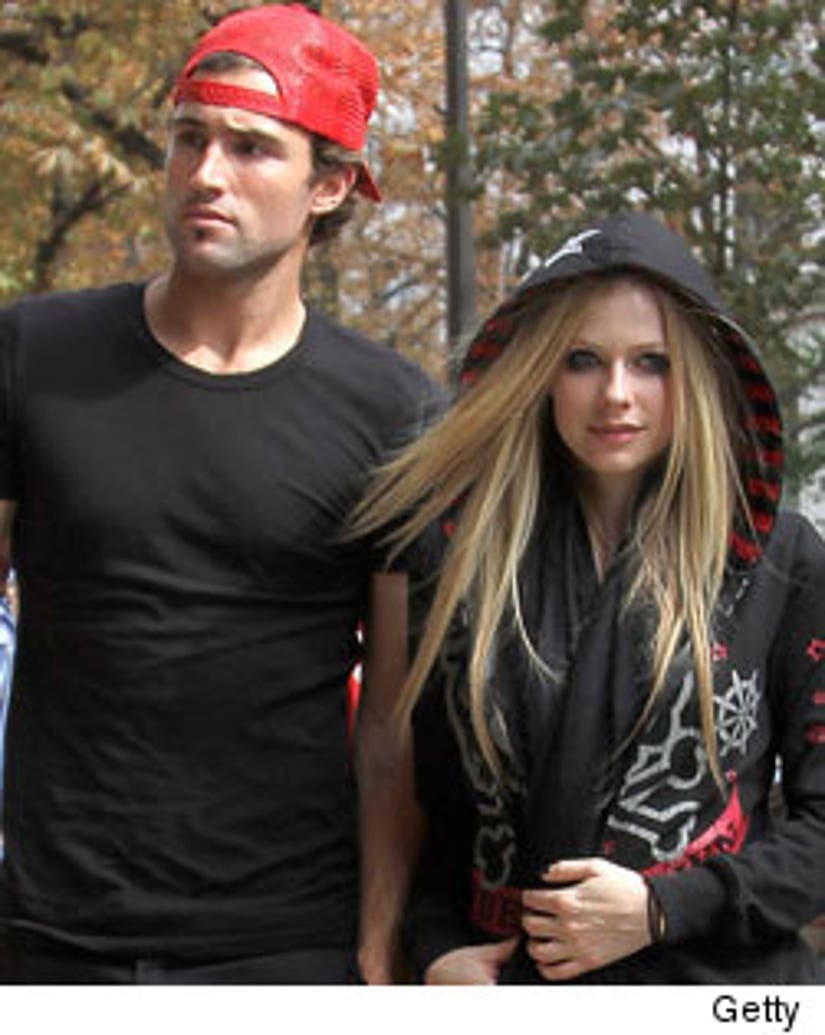 Brody Jenner and Avril Lavigne are a little worse-for-wear today -- after getting attacked outside the Hollywood Roosevelt Hotel early Sunday morning.

Avril took to her Twitter to explain the incident -- saying, "I got attacked by 5 people last night out of nowhere. Not cool. My face is f**ked."

The 27-year-old singer says he walked away from the fight with a "black eye, bloody nose, hair ripped out, scratches, bruises and cuts."

And Brody didn't fare much better -- he was hit over the head with a beer bottle -- while trying to break up the fight around Avril.

A witness says the whole thing started when a guy who appeared drunk started hurling insults at Brody. When Brody started talking back -- the guy attacked him with a bottle ... and all his friends jumped Avril.

So far ... no arrests have been made in the attack.