"Survivor" star Ethan Zohn had an emotional run during the New York City Marathon on Sunday.

The 37-year-old ran the race in 4:20:46, just days before starting his next round of chemotherapy treatments for Hodgkin's lymphoma.

"My quads were burning, my hamstrings felt like they were about to rip off," he tells People. "But I knew with every step I was crushing little cancer cells on the road. I even wrote 'f--k canzer' on the bottom of my shoes. That's what kept me going."

Ethan says his fan's support also helped him finish the race. "Literally it was like walking into a surprise party that was organized just for me. 'Go Ethan! Keep running! Outrun cancer!' It was really an incredible experience," he says.

Zohn revealed his cancer relapse last week -- saying it was localized in his "lung area."

Click through the gallery below to see photos of Ethan's race. 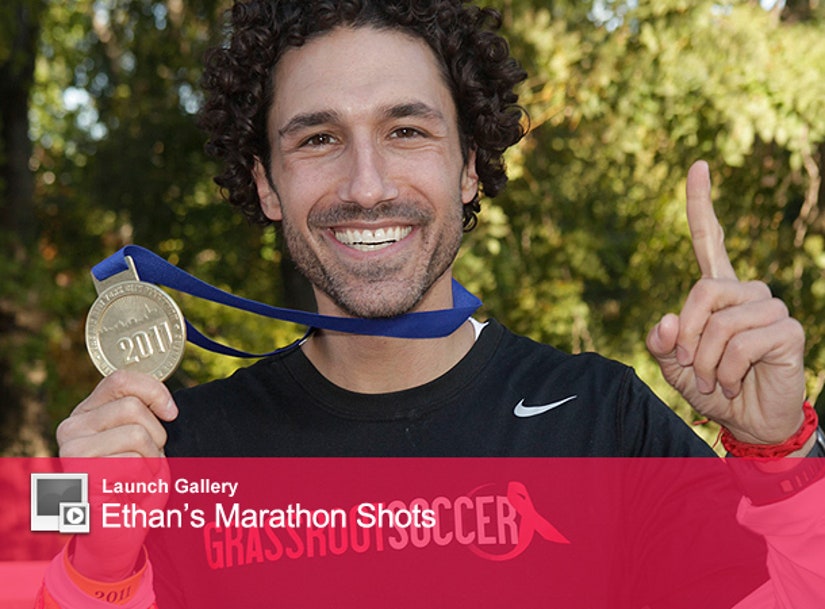