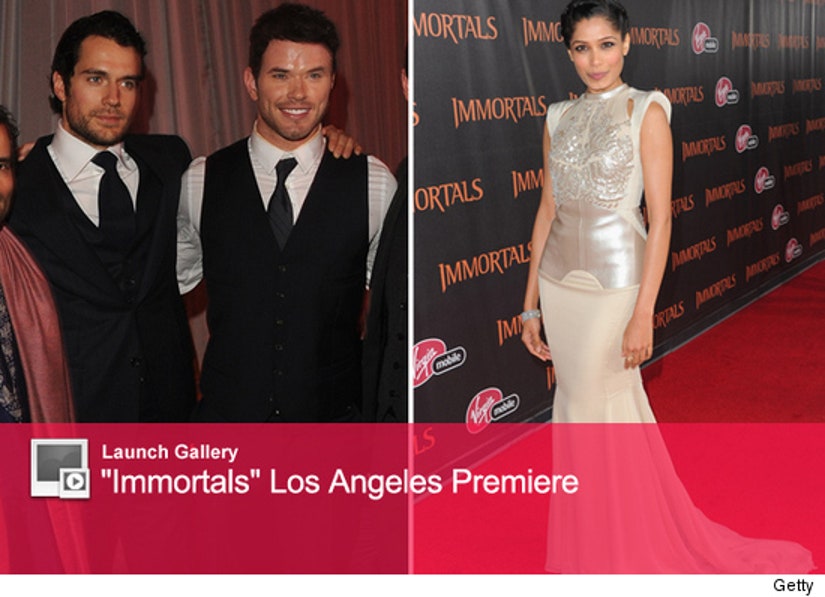 It's official: The cast of "Immortals" may be one of the hottest ever assembled for a movie ... ever.

The world premiere of the splashy film went down last night in L.A., where some sexy stars hit the red carpet.

Henry Cavill, who plays the lead in the flick as well as Superman in "Man of Steel," looked dapper alongside hunky co-stars Kellan Lutz, Stephen Dorff, Luke Evans and Joseph Gordon, while Freida Pinto and Isabel Lucas represented for the gorgeous gals.

The one and only Mickey Rouke was in attendance too.

Check out the gallery above to see who else was in the house, including Kristin Cavallari, Audrina Patridge, Wayne Brady, Craig Robinson and many more!