Temperatures may be dropping, but it was hot, hot, hot at TV Guide Magazine's annual Hot List party in Beverly Hills Monday night.

However, it was the professional dancers of "Dancing With the Stars" that sizzled the most on the red carpet. Karina Smirnoff, Kym Johnson, and Peta Murgatroyd showed off their fantastic figures in sexy miniskirts. Click on the "Launch Gallery" below: 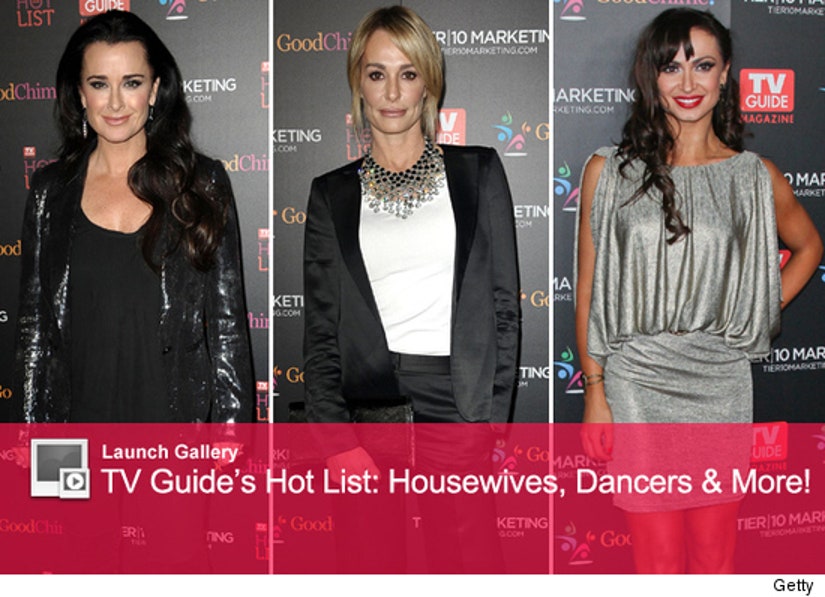 Hot Hookup: "The Good Wife's" Alicia and Will (CBS)

Hot Streak: "Two and a Half Men's" Ashton Kutcher (CBS)