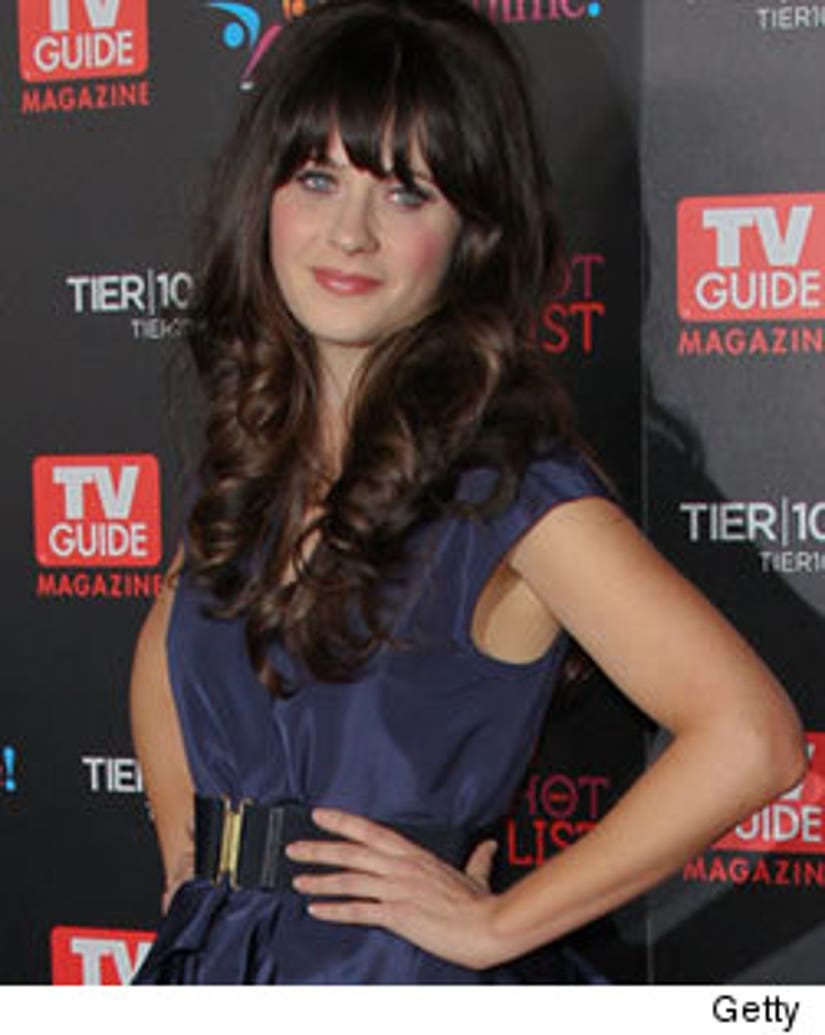 "New Girl" Zooey Deschanel is officially a single girl too!

The actress stepped out without her wedding ring for the first time last night -- less than one week after announcing her split from hubby Ben Gibbard.

Zooey was spotted yesterday at the TV Guide Magazine Annual Hot List Party, and still looked super-cute without the bling on her finger.

Zooey and the "Death Cab for Cutie" frontman were married in 2009.

Sources say their split is "mutual and amicable."