Country music's finest came out for the BMI Awards in Nashville last night. The event celebrates songwriters and publishers in the genre and is held during CMA Week. Nicole Kidman showed support for her husband Keith Urban in an asymmetrical Stella McCartney gown. Keith, who recently postponed a benefit concert due to a growth on his vocal chords, took home two honors at the show. Taylor Swift accepted an award in her sparkling Emilio Pucci mini while LeAnn Rimes gave one of the evening's performances. Carrie Underwood grabbed three plaques, though they may just be the beginning of the awards for the singer. She's up for female vocalist of the year at today's Country Music Awards, which she's cohosting with Brad Paisley. Carrie shared her beauty secrets as she prepped for the big show, saying that she treats any big event like she's in training.

Click "Launch Gallery" below to see the star studded night! 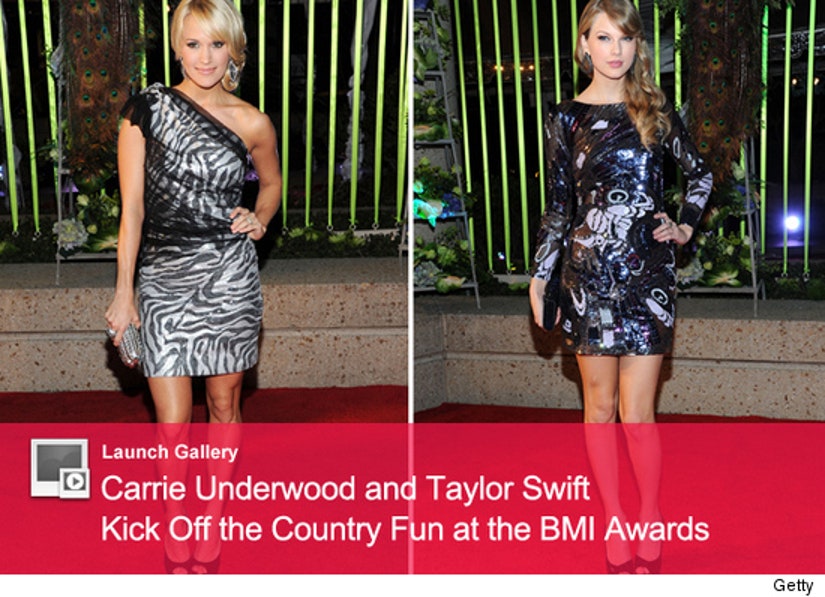