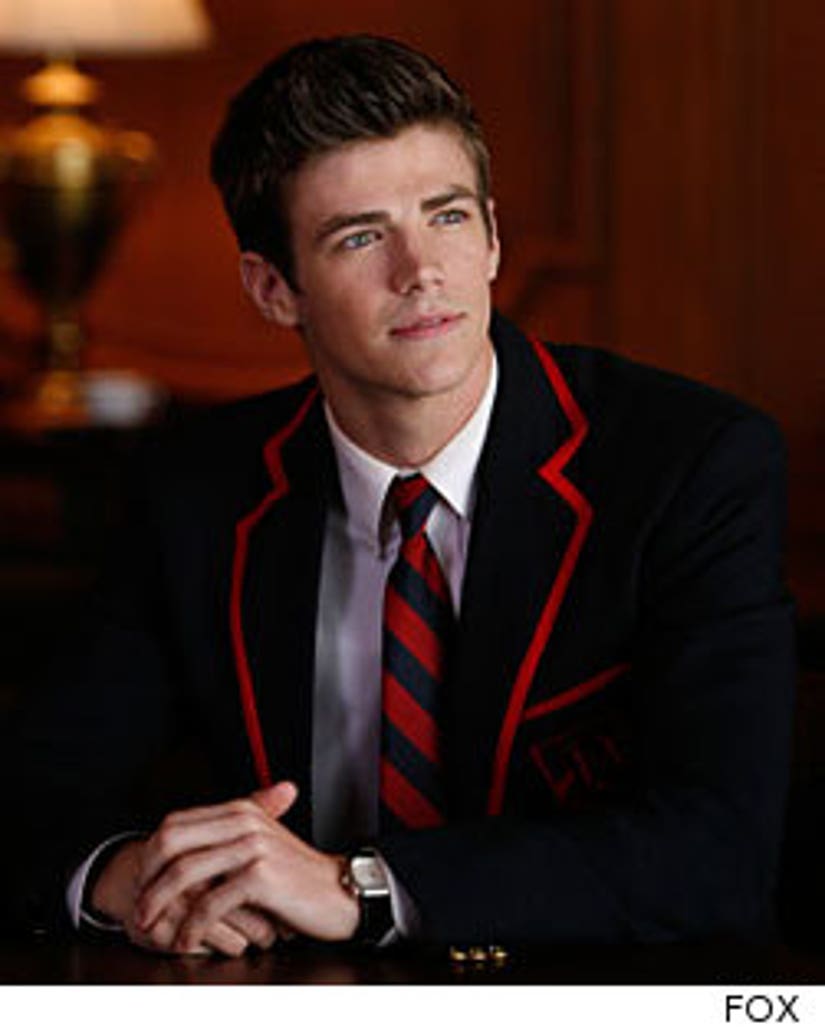 This week's episode of “Glee” was billed to be all about sex – Rachel and Finn, Kurt and Blaine – and though it delivered, fans won't get to spend much time basking in the afterglow: meet the new hottie who means nothing but trouble for one of TV's favorite couples.

Grant Gustin plays Sebastian Smithe, an on-the-prowl Warbler who has his eyes set on Darren Criss' Blaine – and isn't shy about letting his intentions known. This is the first TV role for the 21-year-old theater vet, whose life took an unexpected turn when “Glee” called.

“'Glee' found me,” Grant recently told EW. “I didn't really go looking for it. The plan was to be on stage [and then do TV/film] and the order of what I wanted to do flip-flopped.”

The Virginia native is excited to play the villainous Sebastian, though he is a little worried about how fans will react to him.

“I've gotten a taste of [backlash] so far…Initially, it was very scary. I don't know how seriously to take stuff, obviously, but the day the information leaked, I got literal death threats. People were saying, 'If you break Klaine up, I will find you and kill you.'”

As a fan of the show himself, Grant can understand why Gleeks are a little freaked out.

“I don't think getting to know Blaine better is No. 1 on [Sebastian's] priority list. I think stealing him is No. 1,” he noted. “My character is scary. And if I wasn't the one playing him, I would potentially hate him, too. ”

What do you think about Sebastian – love him or hate him? Let toofab know in the comments below!