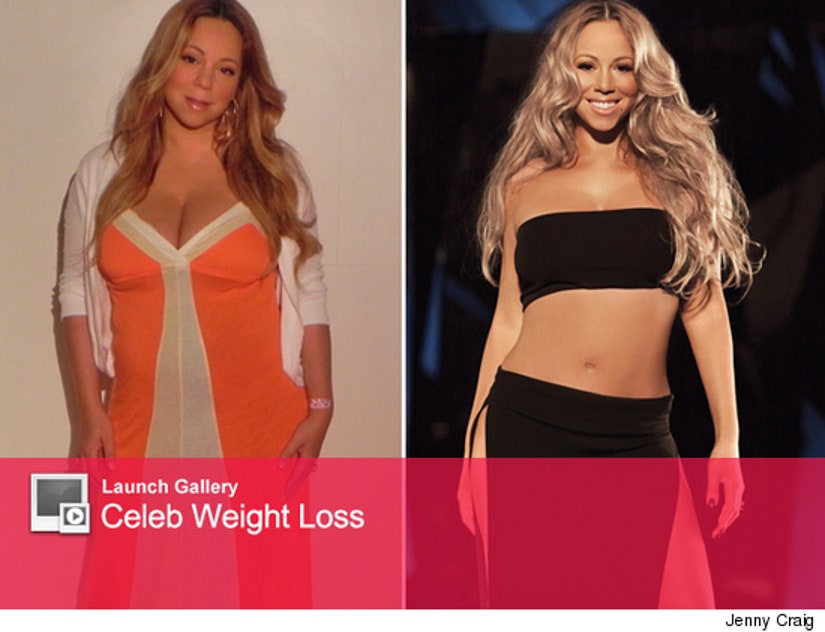 Carey, who gave birth to twins Moroccan and Monroe six-months ago, debuted her post-baby bod as the new spokesperson for Jenny Craig -- where she flaunts her 70lb weight loss in a belly-baring tube top!

Mimi opened up about her weight loss yesterday on "The Rosie Show," saying she first dropped 40lbs. of just water and then, "When I started with the program, I lost at least 30 lbs. of weight that needed to be lost."

"The whole point of this is not just like: 'Oh, hey, look at me and my weight loss, I'm fantastic,'" she adds. "It's really health. Like I said, I learned it when I became helpless and felt so vulnerable like never before in my life."

Watch her new Jenny ad below: