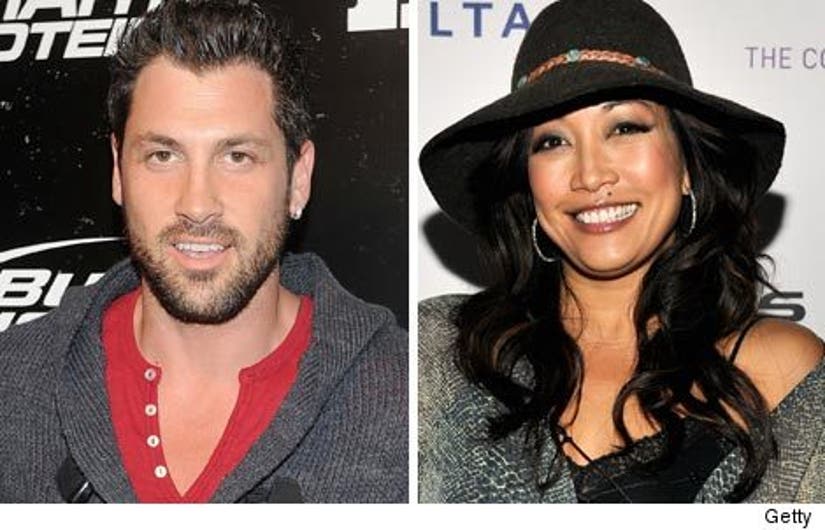 Maksim Chmerkovskiy has had it with the judges on "Dancing with the Stars" -- and this time he's firing back at Carrie Ann Inaba.

"I think Carrie Ann has an issue," he continued. "I don't know what it is but I would love to know so we can address it. As of now, I have no clue what the hell she was talking about."

Maks and partner Hope Solo have taken issue with their scores the entire season -- often defending themselves to the judges. They came in a very distant last place after Monday's performance -- scoring just 49 points out of a possible 70.

But Maks has no regrets about speaking his mind on the show -- saying, "I go to sleep with a very clear conscious because I say everything on my mind and never hide anything. I'm good."