Taylor Armstrong has been a ball of emotions this season on “The Real Housewives of Beverly Hills,” alluding that she's been “going through a lot.” Viewers now know that what Armstrong was dealing with during filming was the alleged physical and emotional abuse of her late husband, Russell Armstrong.

On last night's episode, the cast gathered at Lisa Vanderpump's house for tea. Within the first couple minutes, Armstrong accused Vanderpump of being a fake friend. When the other ladies didn't back up Taylor's accusations, she started calling everyone out:

Taylor wanted all the ladies to "start saying everything that they mean," which Camille Grammar found hypocritical since Taylor wasn't addressing Russell. Check out the intense video below!

After the show Lisa Vanderpump tweeted, “It was so difficult; I truly felt like walking away… tonight you guys made it all worth while, thank you for your support.”

Today, Lisa told RumorFix.com that she and Taylor are “in a pretty good place.” She adds, “Nothing can diminish the tragedy [Russell's suicide] which happened, I feel very sorry for her – Taylor and her little girl.”

None of the other housewives have tweeted or commented about the episode, thus far, including Adrienne Maloof, who appeared on “Watch What Happens Live” immediately afterwards.

Was this a much needed intervention? Tell toofab in the comments below! Also, if you or someone you know is being abused, call the National Domestic Violence Hotline at 1−800−799−SAFE(7233). 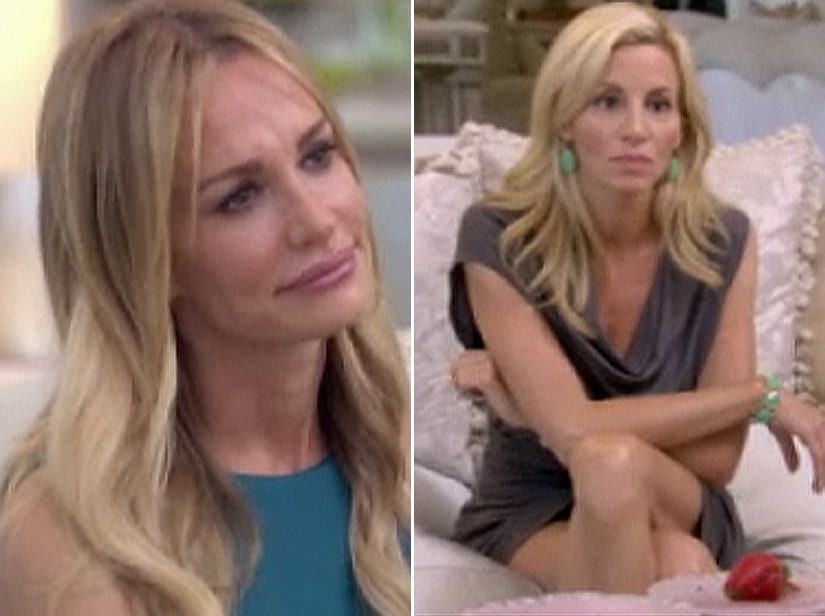