The silver-haired heartthrob was not in attendance (that would be AWKWARD) and there were no reports of encounters between the two women.

Judging by their appearance, did George trade up to Stacy? The 32-year-old blond wore a super sexy suit with nothing underneath. Canalis, 33, wore a sleeveless print dress, which showed off her numerous arm tattoos. Click on the "Launch Gallery" button below to see all the celebrity attendees, and vote on who looked better below! 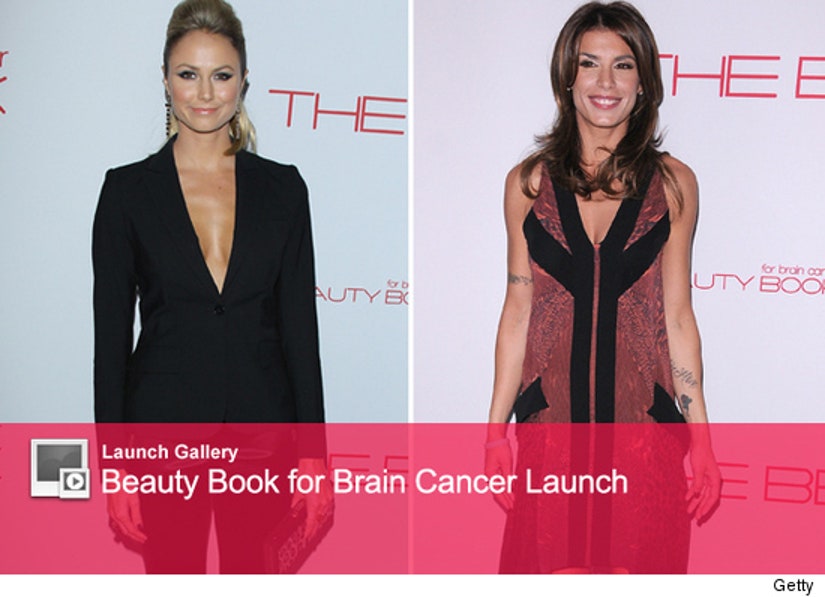 The two women have more in common than George Clooney. They both competed on "Dancing With the Stars." Stacy finished third in Season 2, while Elisabetta was eliminated second this season.