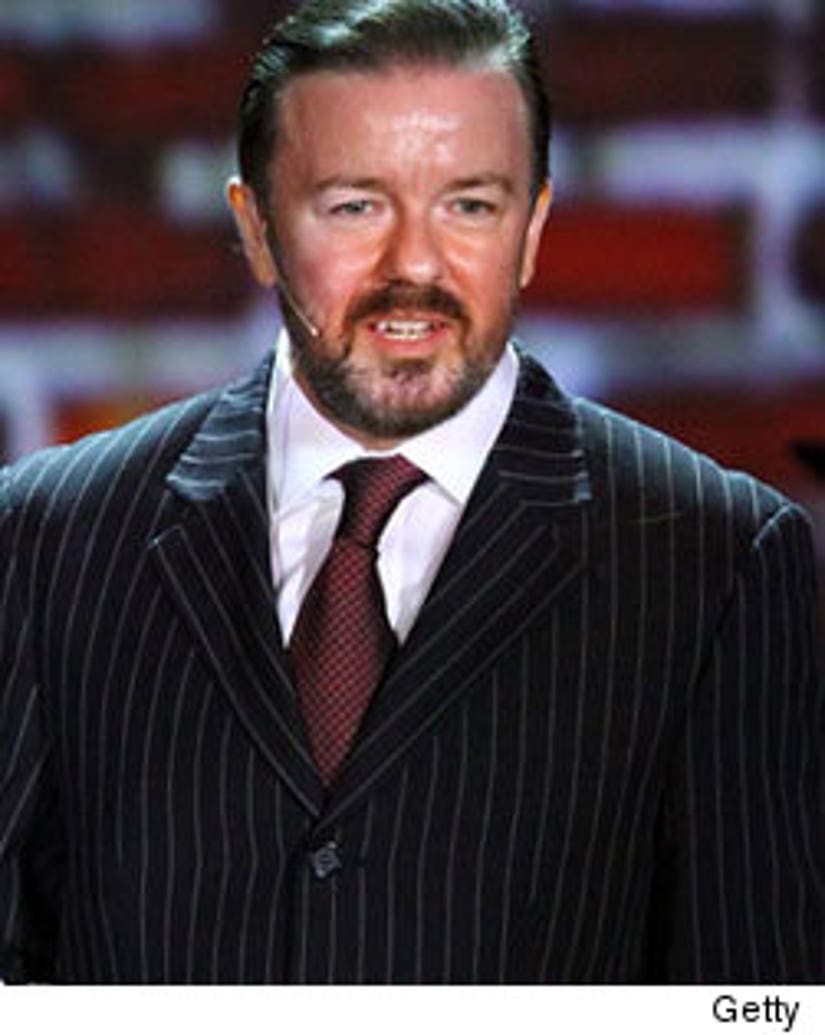 It's official: Ricky Gervais will return as host of the Golden Globe Awards for the third straight year!

The Hollywood Foreign Press Association just confirmed -- the British comedian will return as Master of Ceremonies at the “69th Golden Globe Awards” on Jan. 15, 2012.

The move is somewhat unexpected after Ricky's controversial turn as host this year -- where his jokes offended many in the crowd and those watching at home.

The HFPA even acknowledged the awkwardness of Ricky's return -- saying, “While many welcome Gervais' return, not everyone is happy with the decision because last year his blunt one-liners targeting big-name celebrities caused anger and resentment in some quarters.”

Ricky took to his Twitter to comment on the gig -- saying, “Just told Billy Crystal [host of next year's Oscar show] he'd better not use any of my holocaust or pedophile material at The Oscars. He agreed (true).” He also posted a photo of the pair posing together.

Are you excited for Ricky's grand return? Let toofab know in the comments below!