Sofia Vergara's famous curves helped land her the role of Gloria on the hit comedy "Modern Family," but the brunette bombshell hasn't always loved them.

In an interview with Health, Sofia revealed her insecurities. "I thought that my boobs were too big and I was, like, 14 years old, and I already had these huge boobs. I was very skinny also. And now that I'm almost 40 -- we always have our insecurities as women. We're never happy!"

Skinny with huge boobs? If only we had those "problems!"

However, a former publicist thought they were!

"My publicist [at the time] told me, 'I think you should just reduce your boobs because nobody's going to take you seriously here.' My mother almost had a heart attack. She was like, 'God is going to punish you! You can't cut your boobs!' I don't regret not doing it, because now it's become a big part of Gloria." 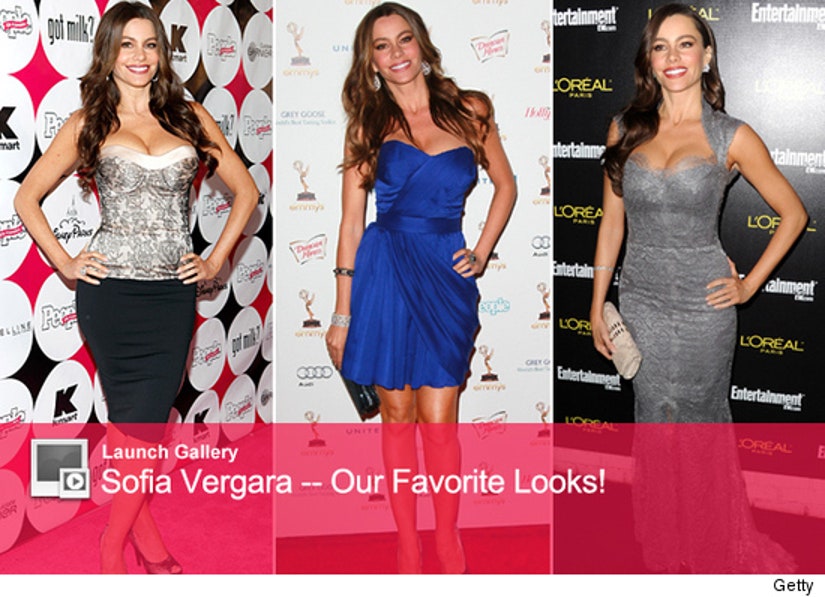 The actress revealed some other little-known facts: She's a natural blonde and beat thyroid cancer in 2000.

She also admitted her biggest regret, which involves her famous figure. "You know what I wish? My face is so much better, because I've been putting sunblock since I was young on my face. Nobody ever told me that I needed to put it in my decolletage! And so it is more sun-damaged than my face."

Somehow we don't think people will notice! Check out our favorite photos of Sofia, above!