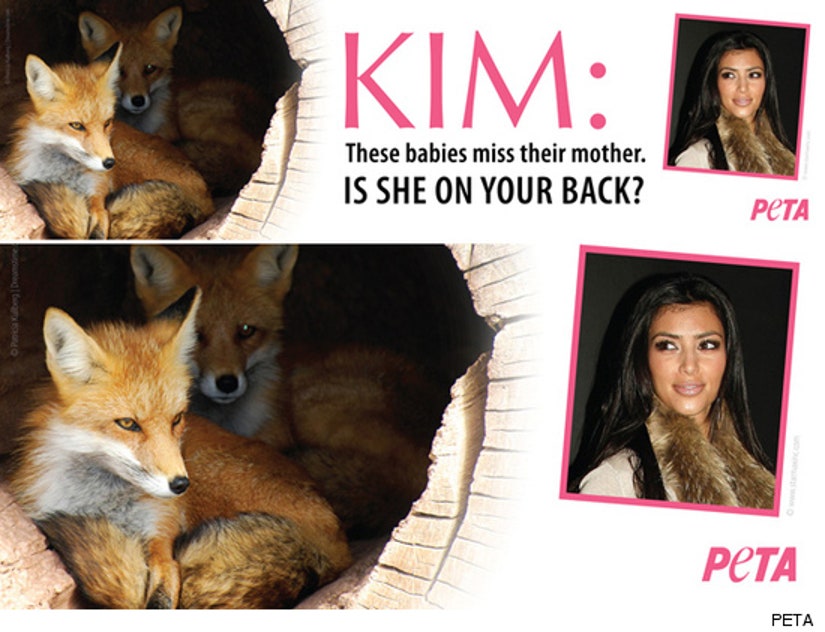 Kim Kardashian will be stopping traffic with a giant billboard again in Hollywood -- but this time, she's probably not going to like it.

PETA is planning to post a billboard next month in L.A. of the newly single Kardashian wearing fur next to a photo of baby foxes -- with a message reading "Kim: These Babies Miss Their Mother. Is She on Your Back?"

"Kim knows that animals on fur farms are beaten, electrocuted, and often skinned alive," says PETA Senior Vice President Lisa Lange. "We've explained it to her, and she's watched a video exposé that was filmed inside fur farms."

PETA is hoping Kim will "Divorce herself from fur and say "I do" to a more compassionate wardrobe," like her sister Khloe -- who has posed for PETA's 'I'd Rather Go Naked Than Wear Fur" campaign. 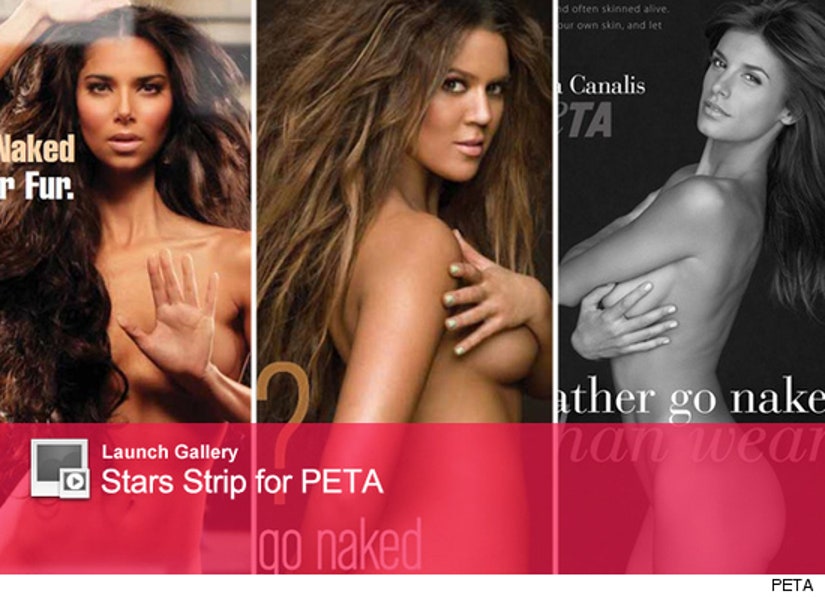