It was rock night on "The X Factor" last night -- but Stacy Francis was singing the blues after the judges ripped her shaky performance apart.

The singer from Nicole Scherzinger's Over 30 group took on Meat Loaf "It's All Coming Back to Me Now" and failed to hit a number of the song's big notes.

After the performance, L.A. Reid was nice enough, but Paula Abdul started with the bad critiques -- telling her "This was my least favorite song you ever performed."

It was Simon Cowell who went in for the kill though, telling her "I thought the song was a horrible choice. I wanted rock, that was a pebble."

While the audience booed, Simon continued, "It's the sort of thing I expect someone to sing at the Hilton Hotel, with people turning their backs eating peanuts. You are going backwards right now, you've got to sort yourself out. This is not a cabaret competition, this is to find a recording artist. This is absolutely not working."

While Stacy just gave Simon a blank face of doom and said it was for her fans on stage, she went off on the judges backstage.

"I got beat up tonight. I felt like it was really unfair. I didn't feel like it was a fair evaluation," Stacy told E!. "I'm not one to toot my horn ... but I was later told that I was not off-pitch at all and Paula said I was flat. That wasn't true."

She adds "Simon said I sounded like a cabaret singer and yet the same thing that I do when I first got here, that he loved in my first audition, now he's beating me up."

What do you think -- were the judges hard on her? They have been uncharacteristically nice to a lot of the contestants up until now ... sound off below! 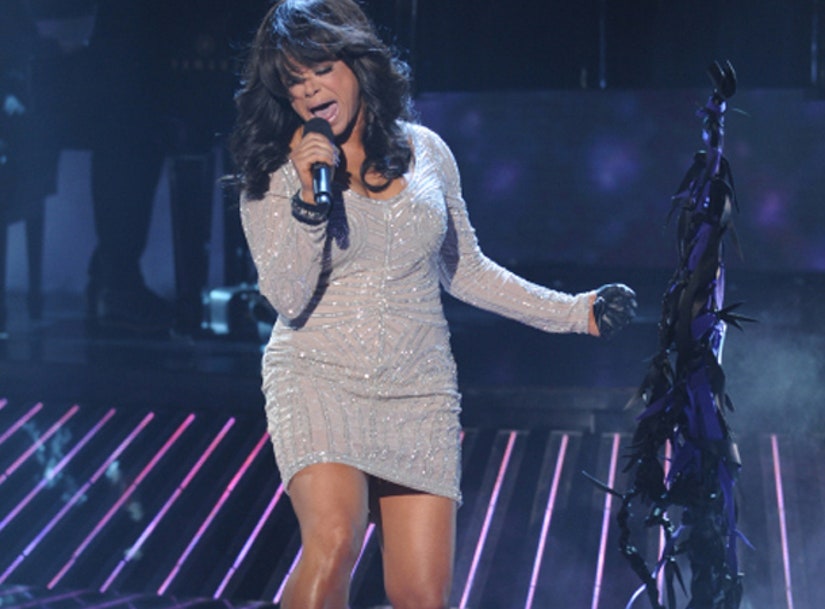