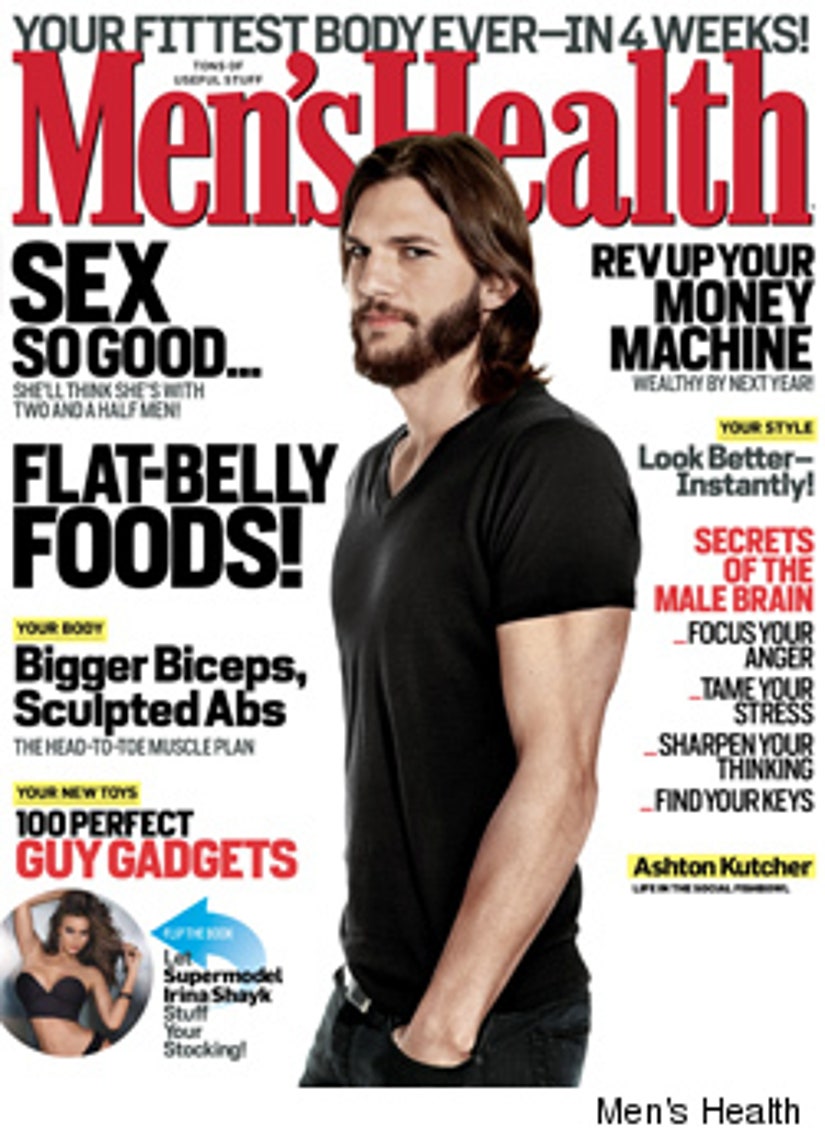 In an ironic twist, an interview with Ashton Kutcher talking about relationships and women was just released -- one day after his wife Demi Moore announced she was filing for divorce.

The 33-year-old actor graces the cover of Men's Health December issue and has a feature in sister publication Women's Health (both go on newsstands on 11/22).

Ashton told Men's Health that he's "relatively scared of failure. But I just don't see it as something that's inevitable." Unfortunately, this comment was made before Demi decided to end their marriage of six years, presumably over reports of his infidelity.

Perhaps more telling are Ashton's comments to Women's Health. When asked about the best relationship advice he's ever been giving, he responded "I think it's all about working on the relationship and making it better ... when it's good. Don't wait for a problem to work on things. The goal is not to get into a relationship; the goal is to be in a relationship."

They also asked for him to finished this sentence: I could never be with a women who ...

“Wow, that's tough. I could never be with a woman who felt like she needed to change me.”

Do you think Demi tried to change Ashton or did his alleged philandering ways cause their marriage to fail? Tell toofab in the comments below!